10 best free apps to listen to music offline on Chromebook

Take a deep dive into our top picks below

Chromebooks have gained a ton of popularity for their ability to run Google Play Store apps and games over the past bunch of years. You can now try a whole assortment of programs on Chrome OS, ranging from the apps that convert photos into art to the most robust messaging applications out in the industry. Whatever the use case, you’re bound to find something that suits your interest and caters to your workspace requirements without breaking a sweat.

Fortunately, we’ve gathered just the correct entries if you’ve been eyeing some high-quality apps to listen to music offline on Chrome OS. Keep reading to discover what programs will let you listen, stream, and enjoy music without connecting the device to the internet. Let’s dive right into the heart of this guide without any further ado.

The following are what we believe to be the best applications from the bunch that can be used to stream music offline. Be sure to read until the end for the best results and flexibility in your options. 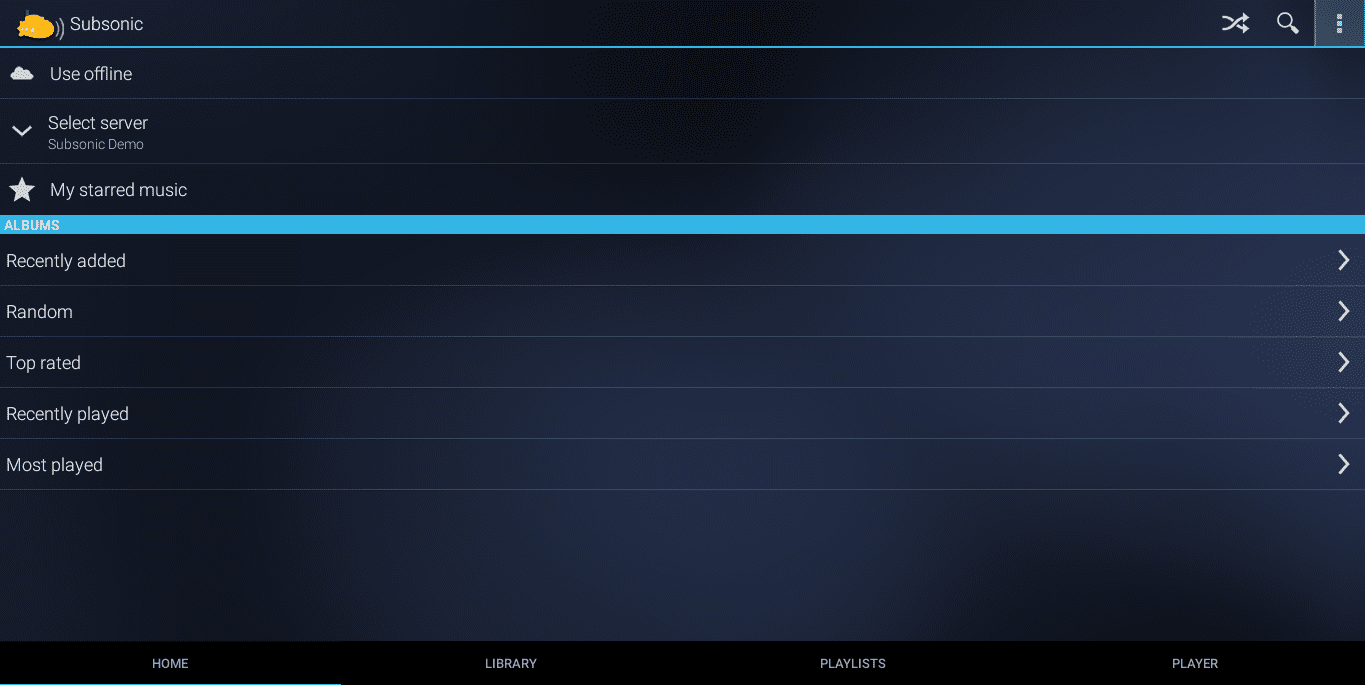 Kicking off this list is the ever-effective Subsonic Music Streamer with various tools, perks, and features. It makes it easy for users to listen to songs offline with zero worries about having to go online first. The user interface is friendly and straightforward to understand, so this is an added plus point of opting for Subsonic.

Like VLC Media Player, Subsonic Music Player also supports various audio file formats, such as MP3, OGG, AAC, FLAC, and WMA, so you’re never stuck trying to convert to a specific format a player can work with. The variety in this regard is immensely appreciated, and we’ve yet to see other applications doing a significantly better job than this one.

After installing the application on your Chromebook from the Google Play Store and connecting it to your local storage, all the stored files will appear on the screen, allowing you to choose between them painlessly. The app supports offline listening right from the get-go, so you won’t have to put up with any third-party ways of achieving the task.

Well, it’s just not possible to talk about music and not mention Spotify—the world’s biggest platform for music creators and artists. You’ll find millions and millions of songs from the diverse catalog of Spotify and a range of even more impressive features, such as the ability to listen at a higher bit rate. This induces higher quality when listening, especially when listening to tracks offline.

For this purpose, though, you will have to switch the application to its dedicated “Offline Mode” from one of the settings provided within the application. Doing so will render the software to start loading up relevant data in due time so that users can enjoy what they want to listen to at the right time.

Spotify can be installed on Chromebooks in three major ways. One of these is set up on the web entirely, meaning that the browser-based edition is a class apart. Other than that, Chromebooks can also download Spotify from Google Play and Linux. We’ve found the Spotify web app and the Play Store version of the application more promising and effectively working.

Still, it all depends on you at the end of the day regarding what form of Spotify you would like to enjoy on your Chromebook. The app also sports a paid subscription called Spotify Premium that unlocks premium-grade features like high-quality audio, background playback, etc. 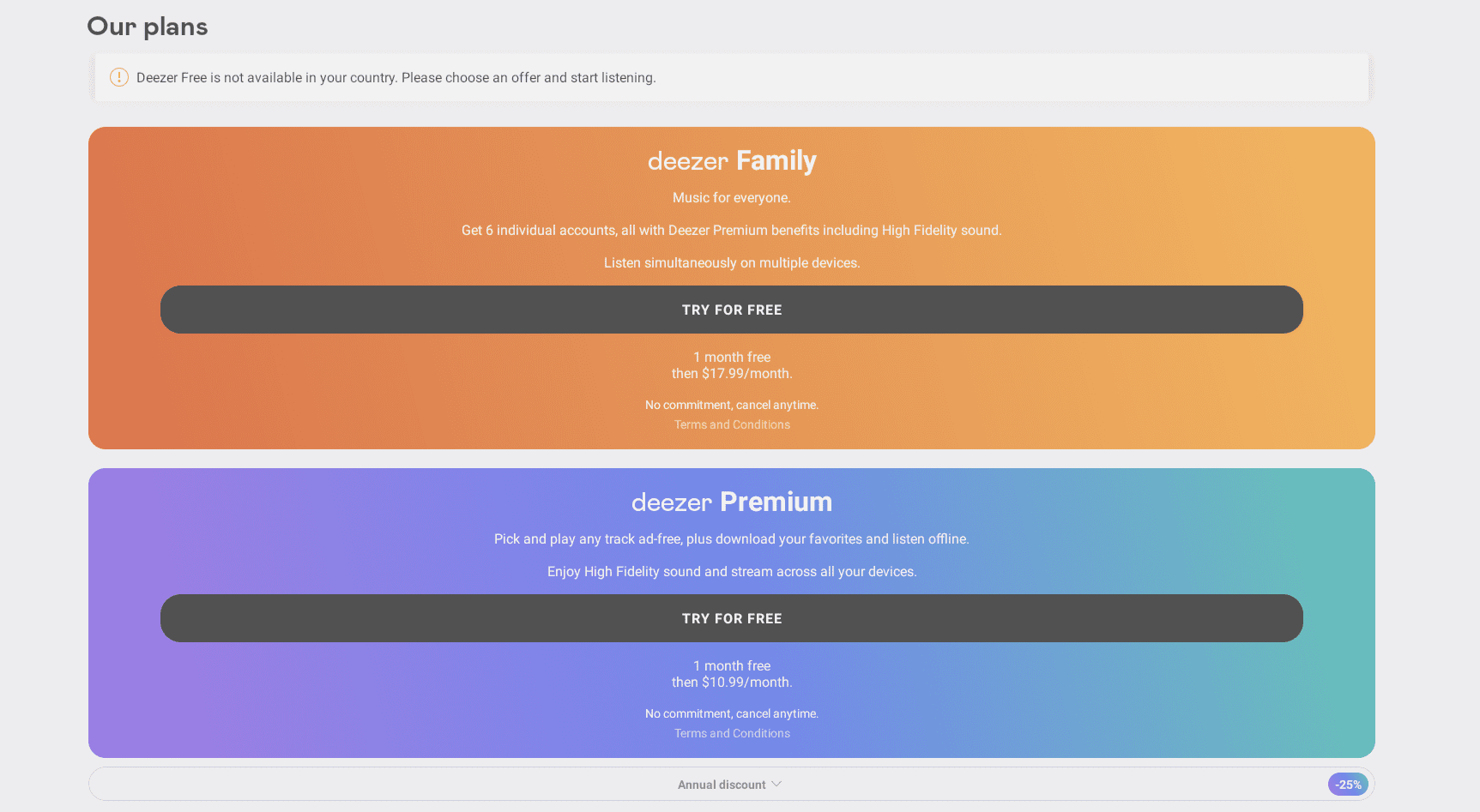 Deezer is another modern music streaming application that has its base set up on the Google Play Store. The program has more than 100 million downloads to its name, and that figure seems to keep growing, given its number of features and high-quality design. The developers claim that “Deezer is a world of music” that you can use to listen to music anytime and anywhere.

Additionally, this streamer’s most highlighted feature is offline listening, which is the raison d’etre of this article. You can download tracks that you listen to on Deezer at no additional cost and enjoy them on a reliable basis without an internet connection.

Personally, what we’ve loved about Deezer is how optimized it is on Chrome OS. The application works smoothly and is lightweight, so users with low-end devices can run the program without performance lags and related issues. Depending on where you live, the free version of Deezer might not be available in your region, so do look into this matter and review the paid plans of the app for the best results. 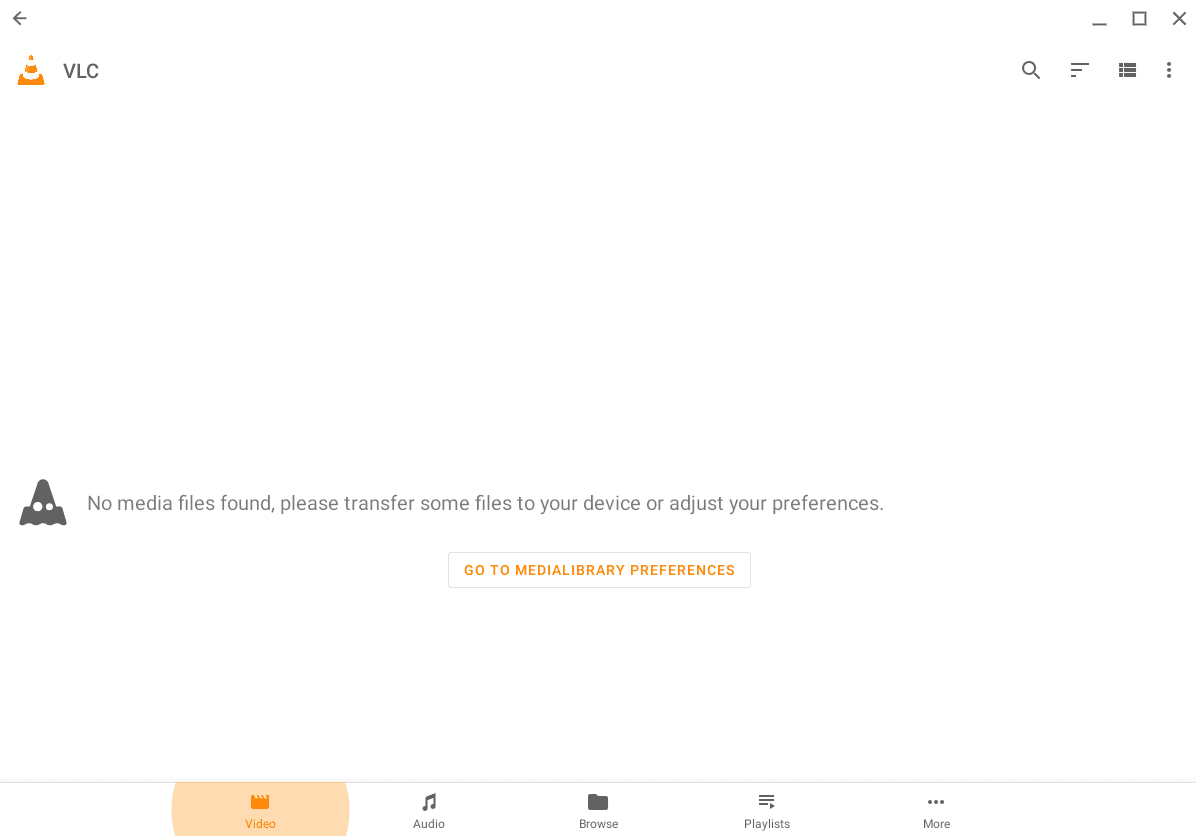 Furthering this list is the ever-brilliant VLC Media Player that offers users a swath of functionality and unflinching stability on Chrome OS. This is one of the very few programs in this domain that has stood the test of time and continued to rise above all odds. VLC brings forth the added convenience of having media codecs installed right from the get-go. On an operating system like Chrome OS, where there’s an apparent lack of codecs, VLC turns out to be highly informative.

It’s free, has no additional payments, and supports an extensive media format. Moreover, its widespread availability on numerous platforms has allowed it to become one of the best media players. Feel at home while listening to music offline on VLC since this is just one of the many functionalities this application has to its name. Lastly, there’s volume amplification inside this player that turns the volume of your media beyond 100% if needed.

The best part is that VLC can be downloaded and installed on a typical Chromebook in various ways. If the first one doesn’t suit you through the Chrome Web Store, you can always go to the second option. The latter pertains to the Linux Terminal in Chrome OS and lets users employ the functioning of a command-line interface to grab VLC from the internet and then proceed to install it on the device. 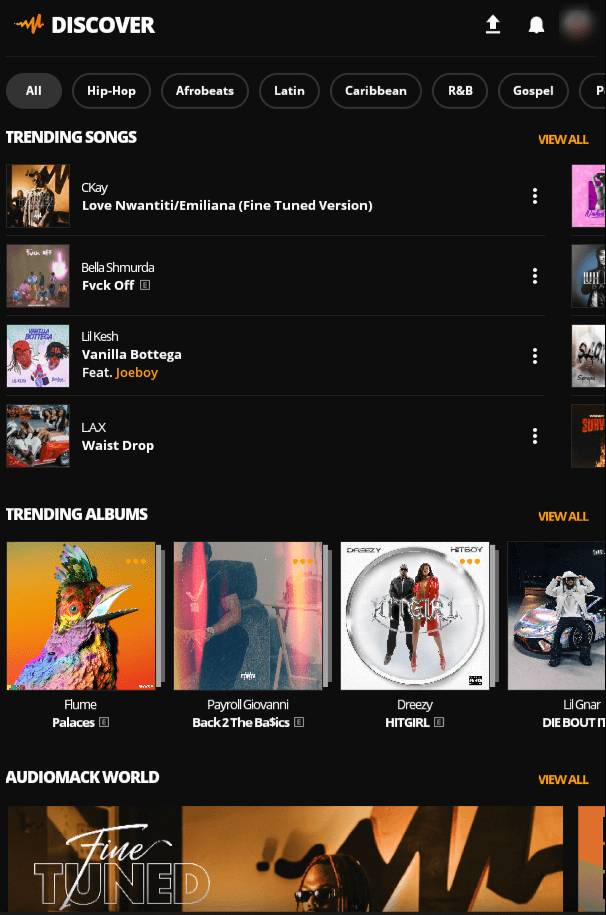 Audiomack: Music Downloader is what pushes us forward on this list, promising a profound offline listening experience with extra functionality and smooth performance. This application boasts more than 50 million downloads on the Google Play Store and many reviews that advocate for Audiomack’s authenticity. One of its strongest features includes offline listening and high quality.

The app is lightweight and lets you download tracks, create playlists, form mixtapes, and listen to songs with zero interruptions. What’s more is that there is a capacity of 10 million offline downloads in Audiomack, which in all honesty, is quite generous and more than what an average user requires on a day-to-day basis. People who have tried Audiomack say that it’s relatively easier to find and discover new music than some of the other applications we have on this list. 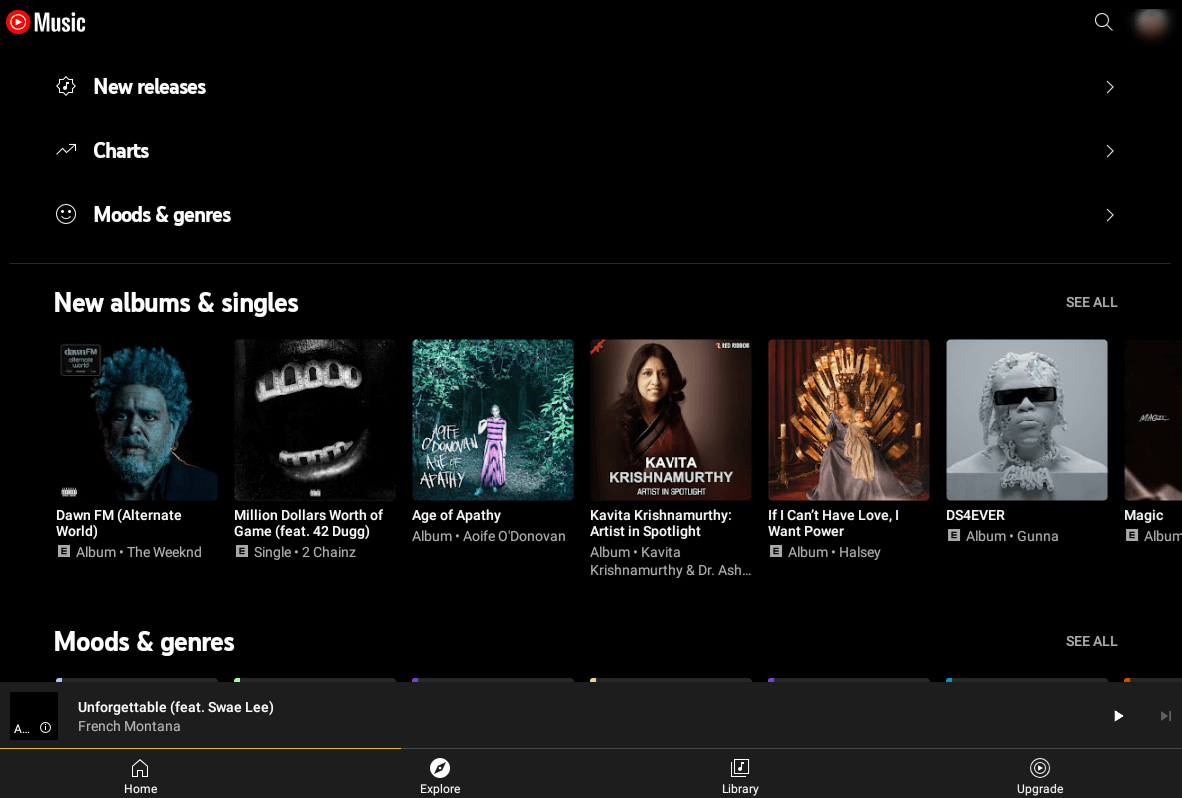 Next up, we have YouTube Music—the much-touted replacement for Google Play Music with various sports features and an elegant user interface. Ever since Play Music was shut down forever in December 2020, Google pushed YouTube Music to be the next successor for the globally popular music streaming application. Therefore, there had to be something in the music-centric app of YouTube to entice users and make the transition over.

We’re happy to report that this app is worthy of being used consistently with plenty of features to accommodate your user experience and even more incoming. It lets you listen to your tracks even when you’re offline and is free to use, apart from the developers’ premium subscription to reinvigorate your time spent with the app. The sublime user experience and the speed of this software put it at the top of the hierarchy.

Feel free to download YouTube Music in two different ways on your Chromebook. First off, the program can be utilized as a Progressive Web App (PWA) or as a Google Play Store app, depending on the type you’d prefer. If you wish to learn both ways of installation, check out our tailored guide on how to install and use YouTube Music on Chrome OS. 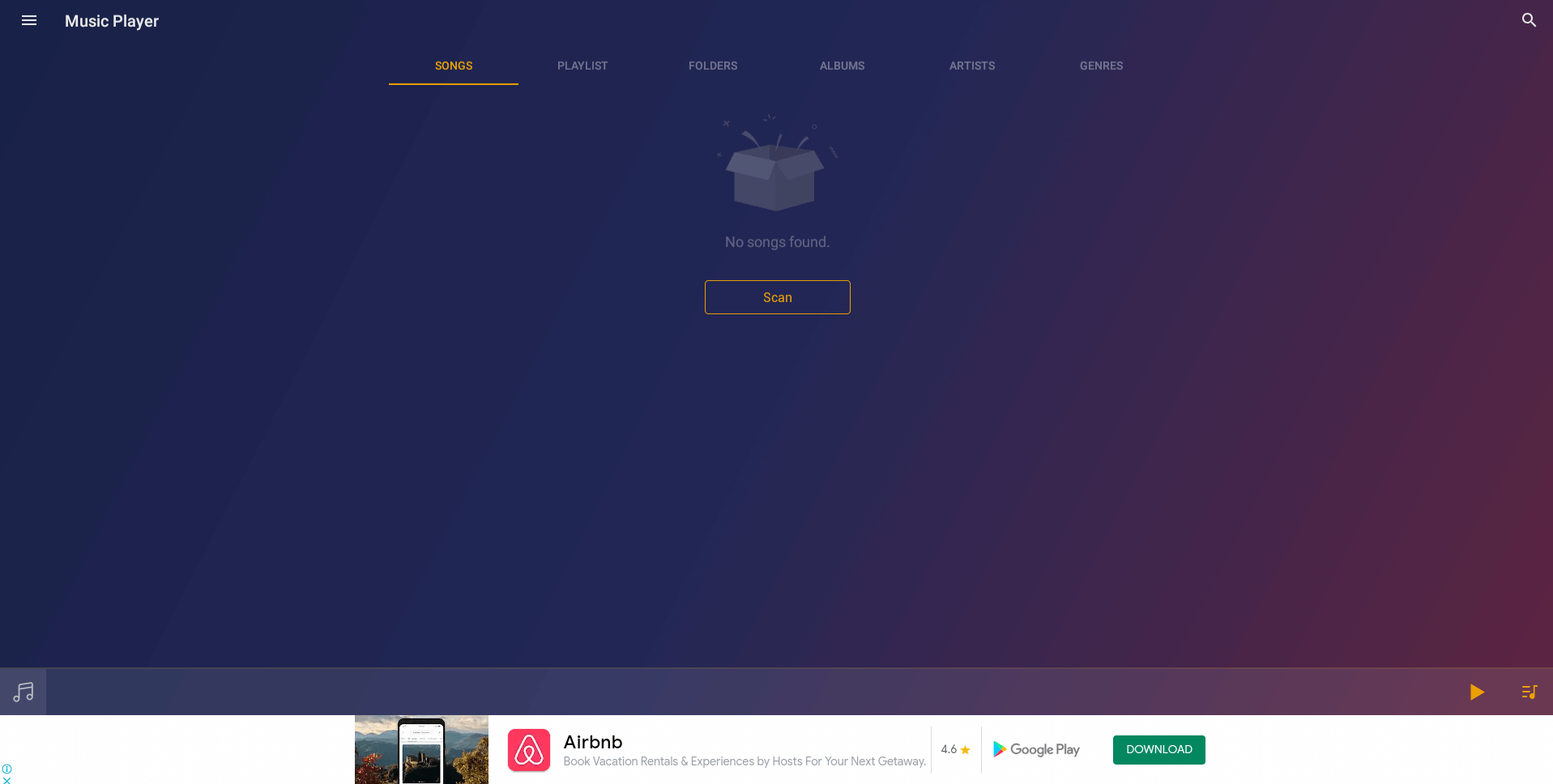 The seventh entry on this list of the best free apps to listen to offline music on Chromebook pertains to Music Player and MP3 Player. We didn’t think of this application much initially, but our thoughts soon changed after downloading it and giving it a shot on our end. This program works like a charm on Chrome OS. It’s lightweight, fast, and has full-screen optimization that many users will appreciate.

Moreover, Music Player and MP3 player have a small file size, so don’t worry about the app taking too much of your space. However, you will need to watch out for a decrease in storage as you fill the app with your offline MP3 tracks and music libraries. In that case, make sure you have the best USB-C hubs around to plug in your external hard drives and expand your storage options painlessly. 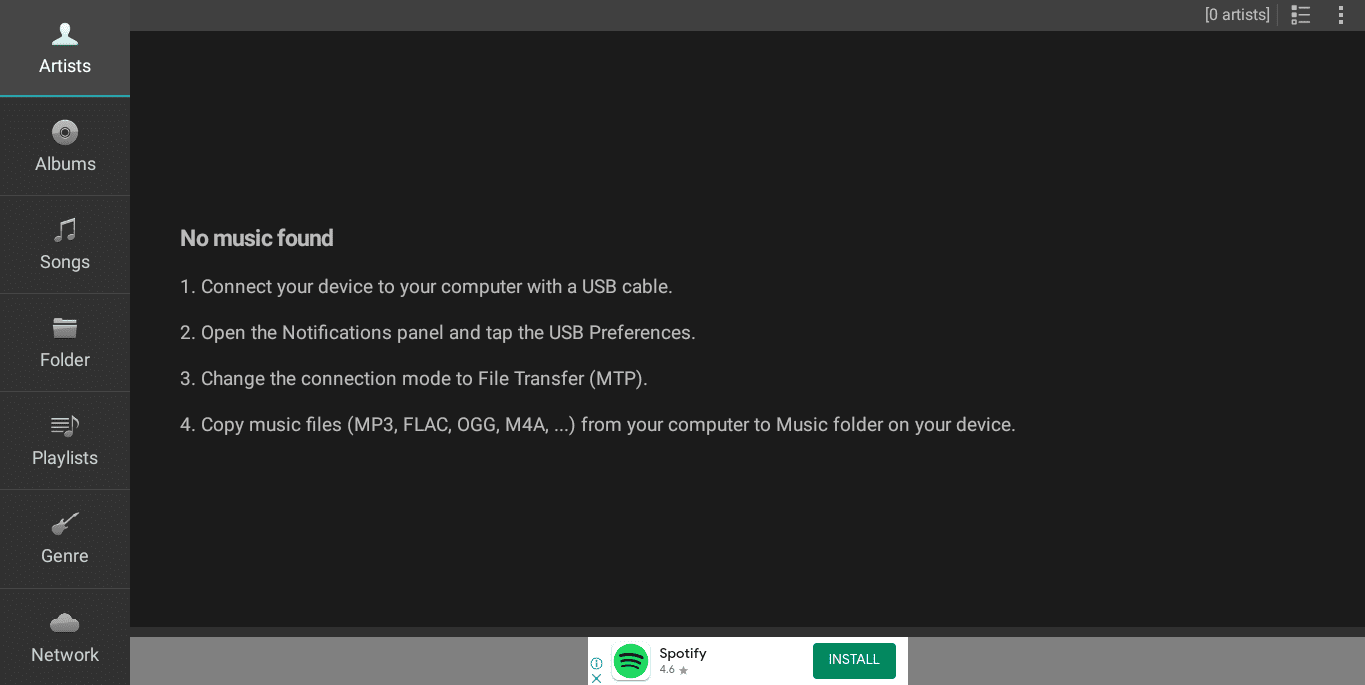 jetAudio HD Music Player is a no-frills option to enjoy offline music streaming. It’s well-established, has full-screen support, and barely features anything extra that users will have to ignore in utilizing the user interface. Like Music Player and MP3 Player, it’s fast, lightweight, and incredibly goal-oriented.

The app can easily stream music from any folder on the Chromebook’s local storage. It supports multiple file formats, including WAV, MP3, OGG, FLAC, M4A, MPC, and even TTA. We recommend trying it out for a smooth offline listening experience on Chrome OS. 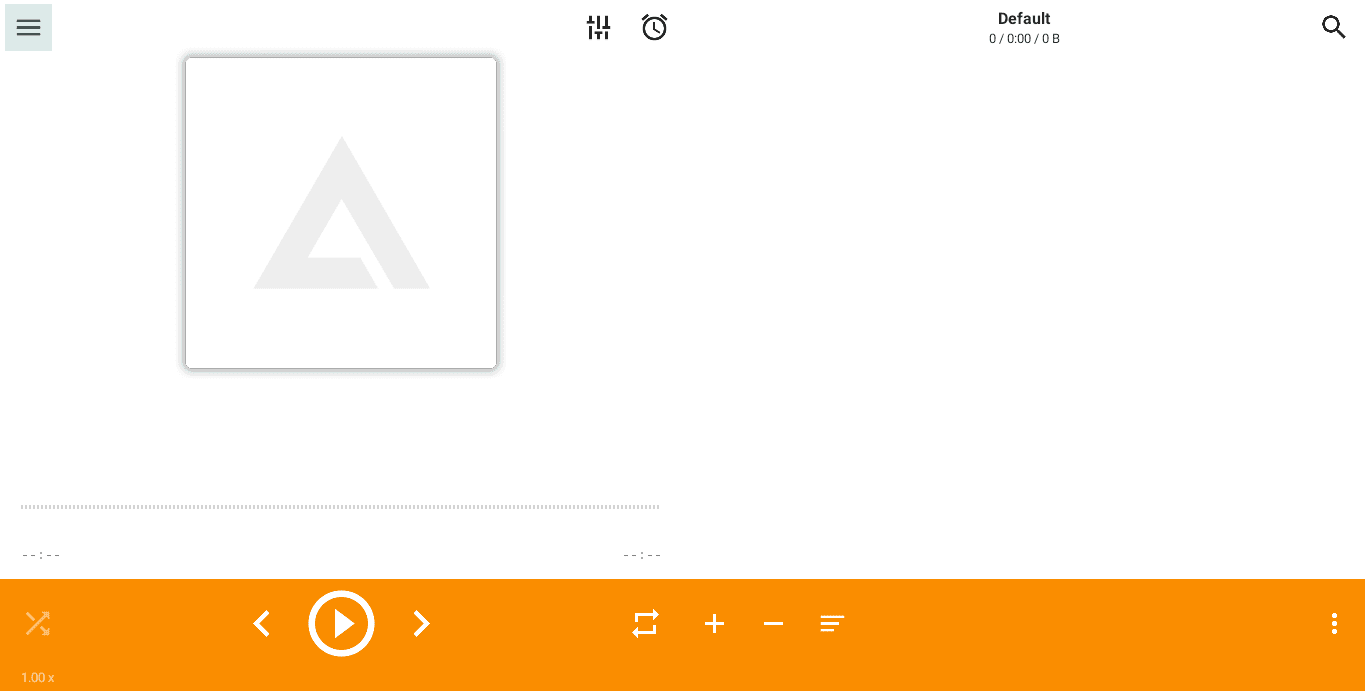 AIMP is unique because it features an old-school user interface with little to no complications, the ability to apply different skins, and a 20-band graphic equalizer. The theme customization feature of the app is well-regarded, and people love how nicely optimized this music streaming application truly is on Chrome OS.

If you use earphones generally, AIMP also features the ability to change tracks through some designated volume buttons. You can also enjoy many other features on this music player, such as grouping files, searching files in filtering mode, and sharing audio files on the go. 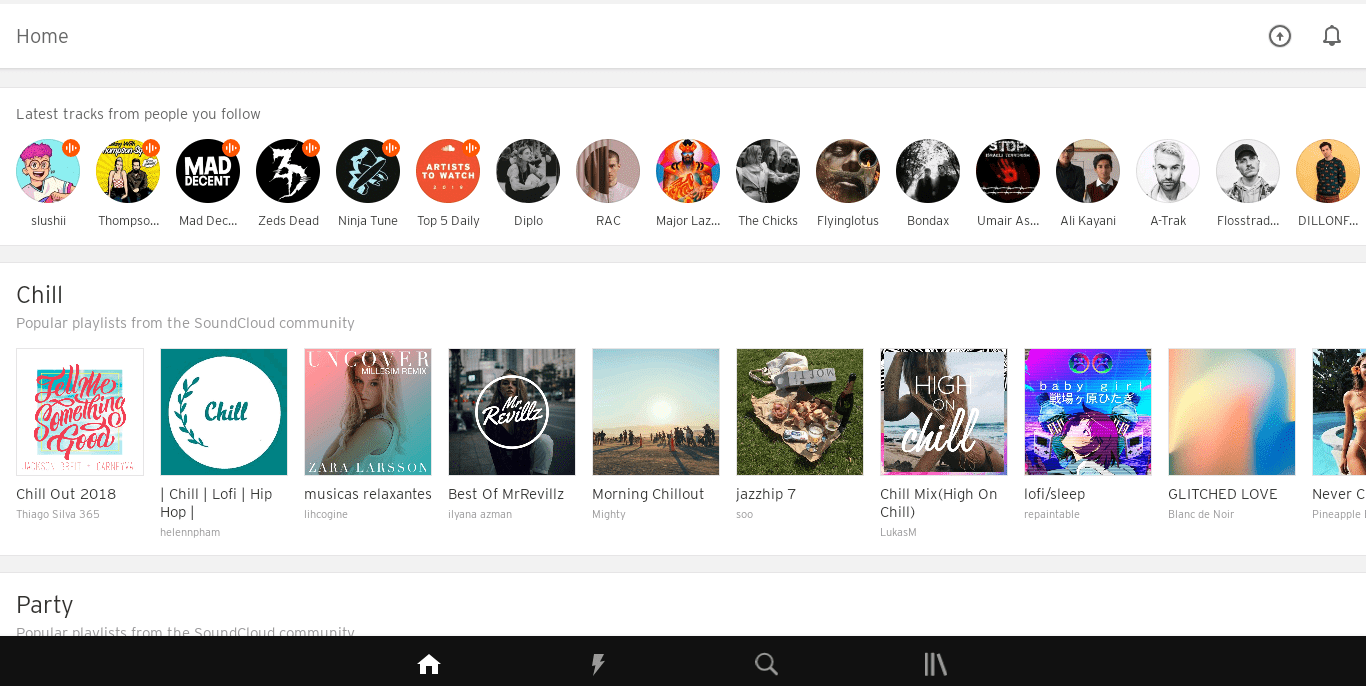 We will leave you with another competent streaming application and end things swiftly to top this list off. SoundCloud is best known for having one of the most user-friendly interfaces in the whole competition. It’s an inclusive app that makes it possible to explore more music, find new artists, and save your downloaded songs to a growing library with no struggle.

You can download SoundCloud on Chrome OS through the Google Play Store. A separate entry on the marketplace called “SoundCloud for Chromebooks” boasts higher optimization than the mobile SoundCloud app. This app isn’t disappointing anytime soon, so don’t forget to try it out on your device as quickly as possible.

Chromebooks employ the working mechanism of a feature-rich operating system that comes with Google Play Store preinstalled. Using this functionality, Chrome OS becomes capable of so much more as it allows the influx of a huge fan base that can reap the benefits of running Android apps on a Chromebook.

In addition to this, we’ve gathered what appear to be the ten best free apps to listen to music offline, so no internet truly means no problem in this regard. Do let us know down in the comments section which application you’ve liked the most. Chrome Ready wishes you good luck!

How to edit photos on Chromebooks

How to embed audio in Google Drive