A fan of Netflix's Squid Game? Relive the television show with these top-tier Roblox games.

Squid Game has remained one of the fastest-growing television series on Netflix, spreading across the spectrum in mere days. The unique concept introduced in the show has certainly piqued the interest of millions of people worldwide, wondering whether it would be possible to survive a real-life Squid Game event or not.

You don’t have to keep wondering anymore, as Roblox —a world-renowned game platform—lets you enjoy highly curated Squid Game experiences on the fly. However, the number of these themed games has grown exponentially, and it’s hard to filter out the best ones from those that lack quality.

In this guide, we’ll be going through the 10 best Roblox Squid Game experiences so that you can enjoy the famed television show in a different light from a gaming perspective. With no further ado, let’s dive right in.

10 of the best Roblox Squid Game experiences to enjoy

Roblox is a multi-system game that can even be enjoyed on the web. This will allow you to get right into the best Squid Game experiences on any platform, regardless of whether you have a PC, an Android, macOS, iOS, or Chromebook. 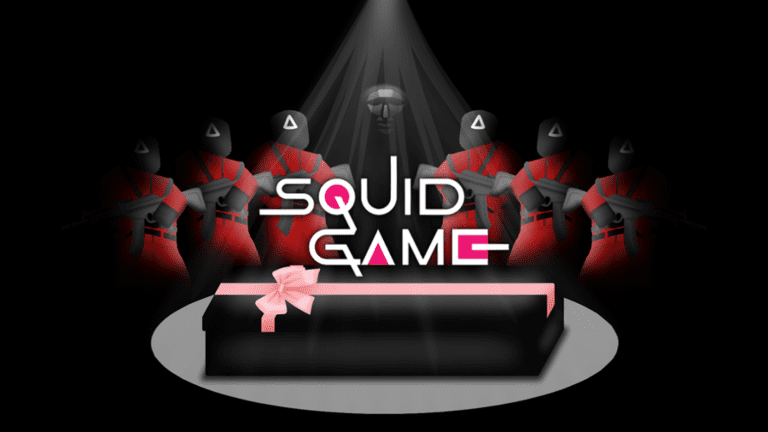 The first game to start you off with one of the best Roblox Squid Game experiences is titularly Squid Game, developed by a creator called Pingy. This one comes across as fully automated. Rather than focusing on one particular event in the title, it goes through the whole Squid Game event, game by game, and makes players relive the entire experience.

Playing such a lightweight iteration of Squid Game on Roblox is amusing. At the time of writing, there’s an ongoing “Double Coins Event” where you’ll earn double the amount of in-game currency upon completing each mini-game. The coins can purchase additional skins for your characters and other aesthetic upgrades. 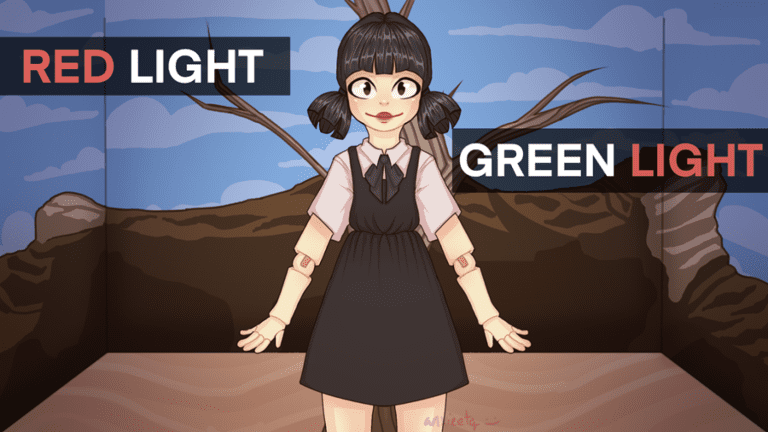 Many would argue that Red Light, Green Light is one of the most symbolic moments in the Squid Game show, primarily because it kicked things off for all those poor contestants. The people were thoroughly unaware of what would befall them, and chaos ensued after everyone knew what was truly happening.

This particular Roblox experience has more than 498 million visits and about 1.4 million “favorites” as well. The game’s visuals are impressive, and the controls are also easy-to-grasp. It’s undoubtedly one of the best Squid Game titles you can enjoy on Roblox. 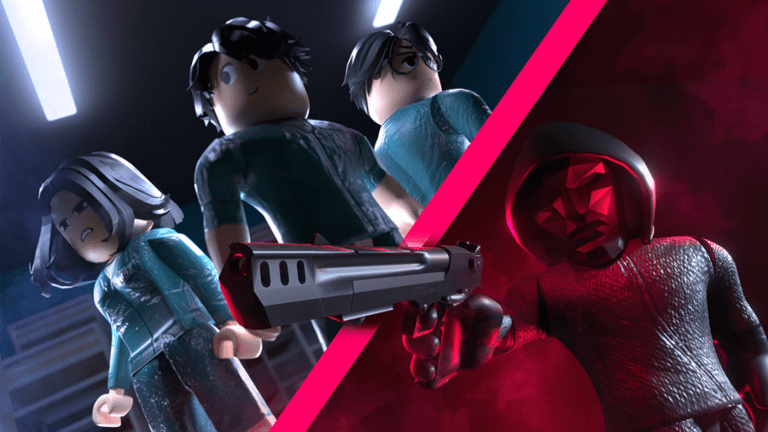 What would happen when an enthusiast with a sprawling love for upgrading games with their own iteration gets to work? Squid Game X would take birth, that’s what. The Roblox experience is a massive step from regular Squid Game-themed titles, as it lets you embark on small-scale missions while completing the main mini-games.

It lets you simulate the original Squid Game experience with ultra-modern colors, introducing more playable modes that were not a part of the television series, such as Night Brawl. The experience was created in 2021 and has amassed over 167 million visits. 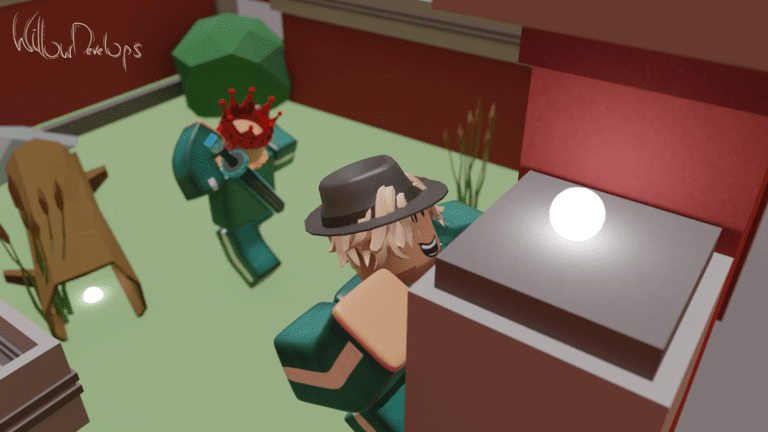 The fourth spot on the list proudly belongs to Shark Game—one of the best Roblox Squid Game experiences that allows you to play more types of mini-games than what the series features. Not only does the developer update Shark Game with themed events, such as Christmas last month, but there’s always more content coming for the game.

Apart from Red Light, Green Light, and Tug of War, the involvement of Musical Chairs and Tag is a welcome feature of Shark Game. The latter two game modes come with their controls and gameplay mechanics.

Moreover, you’ll notice that this specific Roblox experience borrows some elements from LEGO—the world’s largest construction toy manufacturer with a far-reaching hand in the entertainment and media industry.

The game has had more than 10 million visits up until now and is one of the most impressive Squid Game adaptations from a graphical point of view. 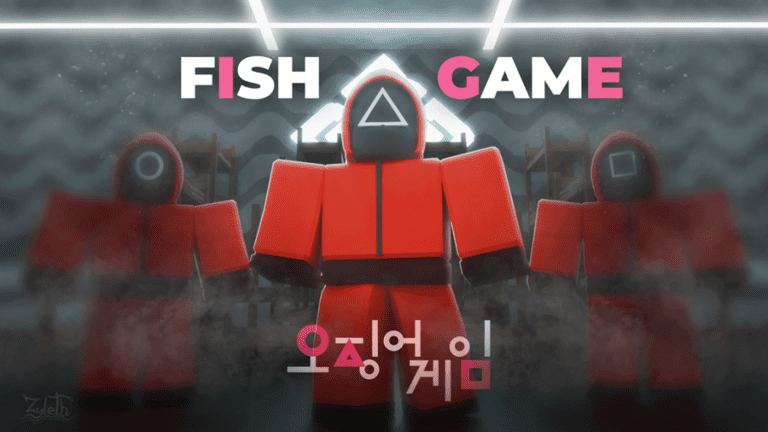 Fish Game is the perfect example of the phrase “quality over quantity.” The Roblox experience in question is a highly refined Squid Game experience that features three of the show’s mini-games and not all. That said, the way that Fish Game executes the delivery of these three fun escapades is nothing but remarkable.

The controls are simple to understand and require you to press the “Shift” button to sprint as you avoid obstacles, time your moves correctly, and get through until the end for survival. With over 235 million profile visits and more than 1.4 million “favorites,” Fish Game is one of Roblox’s highest-ranking Squid Game experiences. Squid Game – Be a Guard

Ever wonder what life was like for all those people arranging the Squid Game event? You can now finally enjoy life as a Squid Game guard in this utterly refreshing Roblox experience that features not 5 or 6 but a total of 8 whopping games.

It’s worth mentioning here that Squid Game – Be a Guard features a “Guard Game Pass” that unlocks a selective level of playability. However, the latter will be needed to purchase using Roblox’s store currency. As for the rest of the experience, you can play through the mini-game like a regular contestant.

The visuals of the game are commendable, and the controls aren’t complicated at all as, well. The experience has had 13 million visits since it was released in 2021. The next iteration of the Squid Game IP as a Roblox experience is called Squid Game Infinity RP, where RP is an acronym for Role Play. What we have here is one of the better Squid Game experiences to date, offering players the flexibility of playing as whoever they’d like in the title, whether that is the contestant, manager, worker, soldier, or even the esoteric Front Man.

Squid Game Infinity RP is undoubtedly a different take on the popular survival thriller since it lets you step into the shoes of most characters that we got to see in Squid Game, even the insanely rich VIPs who found fun in seeing people getting killed off in ridiculous ways.

The Roblox experience stays consistently updated, so you can always expect more content to come to it. For instance, the latest update on 13 January introduced another mini-game to the mix: Lights Out. It’s also highly visited on Roblox, amounting to 14.8 million. 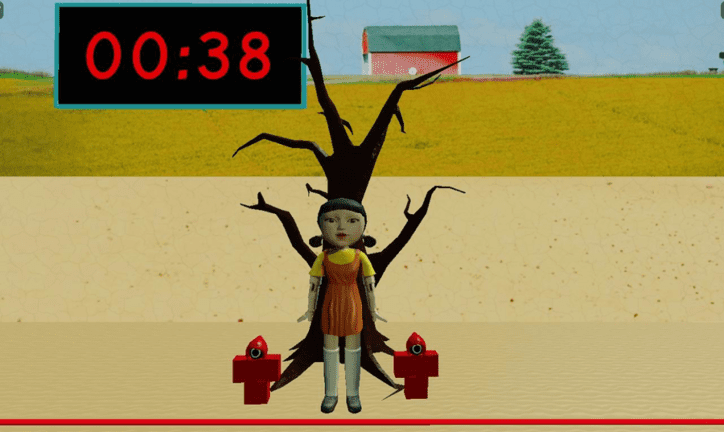 Squid Game by BloxSquid is one of the earliest Roblox adaptions of Squid Game, hence the reason for its gigantic visit count of 353 million people. This experience does not feature many extra playable modes or any other frill or perk. However, it stays true to the core ideology of the Korean entertainment series.

With minimal cutscene sequences and a heavy emphasis on gameplay, Squid game by BloxSquid is one of the best Roblox Squid experiences out there, made better by its innate proclivity to create a highly dramatical environment for the game’s player. The second-last entry on this list is Squid Game – Honeycomb, and it’s proof of how some creators on Roblox have admirable talents to boast. Although the name of the experience hints at one particular episode of the series, this is the whole game that spans multiple mini-games, just like the actual show.

It’s one of the first Squid Game adaptations on Roblox that gives you the benefit of the doubt and even brings forth an option to quit the game, similar to how the contestants were told in Squid Game. The experience was updated recently with a complete UI revamp so that you can check out some nice visuals there. Last but not least, we have the ultimate Squid Game Roblox experience to try out ahead. This is the top-rated Squid Game title on Roblox, not to mention the immense visit count that spans over 1 billion people. Talk about range.

It’s a regularly updated Squid Game rendition that has thousands of active players, so it won’t be challenging to find a match with other players, although you can jump in with your friends just as well. Moreover, there are 5 potential badges to unlock, including “First Win,”  which has you beating the game itself, and “What’s inside?” which involves purchasing a skin crate.

Squid Game by Trendsetter Games features all the episodic adventures as the Squid Game show and is free to play. If you’re after the most rewarding Roblox Squid Game experience, you already know what title you’ll be playing from here on out.

Roblox is a platform comprising a hefty array of different video games and a game creation system that lets developers and hobbyists originate new games from scratch. Roblox doesn’t come with a Squid Game iteration on its own; it’s the bustling community of this platform that has made the thought possible today.

We’ve gone through some of the most enjoyable Roblox Squid Game experiences in this guide above, so be sure to comment down below and let us know your favorite game out of the bunch. As always, Chrome Ready wishes you happy gaming!

The Beginner’s Guide to Google Docs in 2023

The top 10 Google Maps features you need to know