Google DNS: What is it and do you need it?

Learn what DNS servers are and how Google is making strides in this space.

Connecting to the internet and browsing websites on your PC might not seem like a big deal to you, given how usual this instance has become. Still, on the other end of the equation, each website visit warrants a complicated swath of processes that undergo complex operations and numeric calculations on modern-day computers.

Sounds like a lot, right? That is what Domain Name System, otherwise called DNS, is concerned with, thereby making internet usability possible for all of us. This article will explain everything you need to know about the famous Google DNS, what it is, and whether you need it.

Before we get into the explanation of Google DNS, it’s wise to establish an understanding of DNS itself. A Domain Name System in modern-day computing is something that powers up the basics of the internet. This is one of the reasons it’s famously called the “phonebook” of the internet. Let us explain why.

Humans are accustomed to recognizing websites or domains by their respective names, such as Chrome Ready, YouTube, and Facebook. However, if not for DNS, things would’ve been a lot more complicated by now. Our internet browsers, namely Chrome, Mozilla, Brave Browser, Microsoft Edge, and others, cannot read these website names.

On the other hand, they can read and understand an IP address—a unique address provided to every device upon connecting to the internet. Now, IP addresses are long, distinct, and hard to remember if it ever comes down to that.

For instance, the penultimate internet working protocol is called IPv4, and it’s usually in a numeric form, such as 192.166.1.0. Moreover, the revamped successor of IPv4, called IPv6, is even more complicated than that, comprising alphanumeric characters instead of just numbers.

You must be wondering now how DNS ties into all of this. DNS is responsible for translating human-recognizable domain names to browser-accessible IP addresses on the fly, making it easy for us to navigate the internet at will.

Alongside the prevalence of the web host server that processes browser requests, the DNS stands as the cornerstone of the internet’s working capacity. Without its translation of site names to browser-friendly IP addresses, our internet experience would’ve been quite different.

A DNS server will take the domain name from the browser as you load into it and contact other servers to formulate the relevant IP address. Once done, the DNS server would send that address back to the browser, so the internet crawler can understand and connect to the particular domain.

By your ISP (Internet Service Provider), you have a default DNS to work with, but knowing about other DNS servers and how to connect to them on the go is precious knowledge. Now, look at Google DNS and explain what level of difference it brings to the table.

What is Google DNS?

Similar to other Domain Name Systems, Google also has a DNS to its name that it personally developed in 2009. Fast-forward to 2003, Google DNS stands as the world’s largest public DNS, featuring enhanced speed and security benefits. Since the service is public, it’s free to use for anyone anywhere around the globe.

As it responds to the bulk of queries from server points and attempts to make internet browsing a reality for us, millions of people actively use Google DNS globally and take advantage of its reliability instead of their default Domain Name System service.

Moreover, Google DNS comprises painlessly easy-to-memorize IP addresses to go along with it, so you can manually switch to Google’s Domain Name System service without requesting an IT expert. 8.8.8.8 and 8.8.4.4 are the two principal IP addresses that Google DNS works with.

As soon as you switch up your default DNS in favor of Google DNS, you’re likely to observe a change in your browsing speed—quite possibly for the better. The tech tycoon promises complete security with its DNS, so eagle-eyed internet users who keep away from malicious websites are presumably safe from cyber criminals with malicious intent.

At present, Google DNS has been configured to support IPv6 addresses, so if you’re using a higher-class internet, you have nothing to worry about with Google DNS on board. The developer also says this is an independent service without dependability on cross-products.

Although the system boasts added security, faster speeds, and high reliability, it has to be understood that it does not offer any blocking capabilities. That is the work of another program. Google DNS emphasizes the resolution of DNS servers where it recursively works things out with IP addresses several times a day.

Now that it’s understood what Google DNS is, it’s certainly worth talking about why it is needed in the first place. After all, your default DNS gets the job done, right? So, why bother yourself and switch to Google’s global DNS? Let’s find out ahead.

Do you need Google DNS?

Google DNS serves as an alternate Domain Name System, but many across the spectrum employ the service as their primary DNS. The fact is that Google developed its DNS on a global scale in the first place to offer users heightened speed, better security, and a result-driven browsing experience day in and day out.

Where other DNS services falter, Google DNS comes in as a staggering replacement, making it possible for individuals to resume their networking in case their default DNS servers slow down for some reason. Coming without any Service Level Agreement (SLA) for public use, Google DNS sports multiple benefits over your default DNS.

One of the most significant advantages of taking up the service of Google DNS is the mechanism with which it handles attempted access to non-existent domains. Let’s clear this up with the help of an example. If you try visiting a website that does not exist, such as when you mistype a domain’s name, whatever it is that you’re shown next depends on your DNS.

In case you’re employing Google DNS, you won’t ever be returned to an address of an ad server that has filled up a made-up domain. On its Public DNS support page, Google explicitly stated that the company is “committed to preserving the integrity of the DNS protocol,” so it will never behave like many typical DNS servers.

If you’re not using Google DNS now, you may try visiting a non-existent domain, such as “chroemreayd.com.” If your DNS service routes you to a page where advertisements are present, it’s clear how your default Domain Name System server, by your ISP, is fulfilling a commercial purpose here.

With Google DNS, that is not going to be the case, so it’s possible to benefit from an added layer of security here. Speaking of security, the DNS in question resolves queries over an HTTPS-encrypted connection. This standard is known as DoH in the networking world, an acronym for DNS over HTTPS.

Again, the latter boasts both strengthened privacy and security and makes it possible for the DNS resolution to be end-to-end authenticated, as per Google’s statements. The company is confident when it boils down to cyber security, and there are no known reported instances where someone has declared Google DNS at fault for exploiting them.

If anything, Google’s particular Domain Name System is highly adept at working on the go and is certainly worthy of being used as an alternative DNS server in times of need. The best part is that it’s pretty easy to switch to Google DNS, no matter what device you’re on. All you need to know about is the server’s IP address(es).

In case you have a Chromebook, and you mean to try out Google DNS, the following section will explain how to make the switch.

How to switch to Google DNS on a Chromebook

Switching to Google DNS is relatively easy in case you’re on ChromeOS. The developers have even added an in-built feature to make you hop on Google’s global DNS service, thereby negating the need to manually enter the IP addresses of the DNS. Head to the “Settings” app on your Chromebook to get started. Next, select the “Security and Privacy” tab to proceed from the side panel to the left. 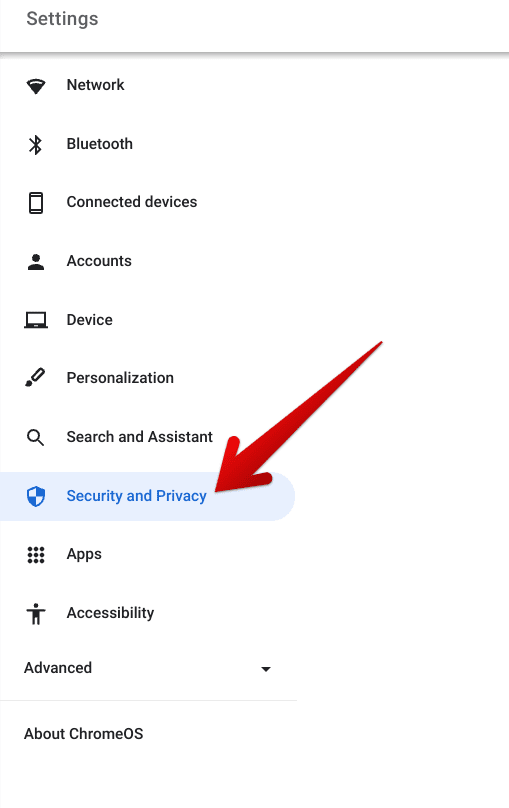 You should now be taken to that particular section within your Chromebook’s settings. Scroll down and find the “Use secure DNS” feature. Toggle it on if you haven’t done that already, and tap on the “Custom” bar with the dropdown arrow. Multiple options should now appear on your end, allowing you to select “Google (Public DNS).”

That’s about it! You will now be able to browse the internet with Google DNS by your side, acting as the primary DNS resolver for your device.

Despite so many prevailing options for Domain Name System servers, Google’s DNS holds precedence regarding ease of use and cost. This is a free-to-use public DNS that any individual from any corner of the world can employ on their end, although the server’s performance may vary depending on their location.

In this guide, we’ve taken a look at what Google DNS is and why it is needed. In addition, we’ve also talked about switching to Google DNS in the case of a Chromebook. Please let us know in the comments below if you have any questions regarding the tutorial.

How to use hanging indent on Google Docs

How to block spam in Google Drive

How to mirror your Android phone to a...