Today, we will be comparing two services from the same brand, Google. Chromecast and Android TV are fundamentally different, though they are both used to stream content on your televisions. In the following article, you will first read about Chromecast and Android TV, how they work, and what makes them unique. These differences assist you in breaking down the target audiences and specific roles for each of these platforms.

Android TV and Chromecast certainly have several overlapping features that confuse the end-user when choosing one. Going through the details listed below will hopefully mark a clear difference on how they can be individually used to improve your TV experience. It is a must-read article for anyone planning to buy a smart television shortly. Chromecast refers to an entire range of streaming dongles that can be used to cast content from one device to another. They develop a wireless connection between devices that do not inherently support each other. You can use Chromecast to transmit live video feed from your mobile or laptop to the television set. These external peripherals are attached to the system’s HDMI port and instantly turn it into a smart device. Currently, Chromecast is running on third-generation sets, with another update expected to roll out pretty soon. Chromecast has been sectioned into multiple packages with varying video resolutions, connectivity tools, and content libraries like other Google services.

Recently, Google also launched Chromecast with Google TV. It comes with a complete interface, applications library, and whatnot. Regular Chromecast works perfectly with the power available through USB or HDMI ports. However, that is not the case with Chromecast Ultra. It is a higher-end model which requires a separate power connection to work as a standalone platform. Google Home applications will have to be installed on your mobile device for everything to coordinate perfectly. Moreover, any two devices that wish to communicate through Chromecast must have the same Wi-Fi link. Once everything is set up, the user can continuously stream content wirelessly with remote access to all nodes.

What is Android TV? 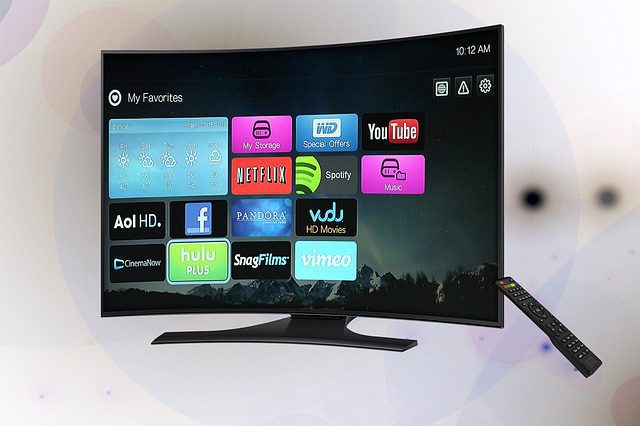 Now that we have described Chromecast in action let us see how Android TV differs from it. As evident by its name, Android TV is a television-based version of the regular mobile operating system most of us have used at some point. It works as an OS for television, providing Google Play Store, TV-centric applications, YouTube, Netflix, Amazon Prime, voice-enabled controls, Wi-Fi connectivity, etc. This is what we call a Smart TV. A perfect analogy between a regular TV and a smart one would be that of a feature phone and a smartphone.

Just like on mobile, Android TV emphasizes regular updates. It also connects with Google Home, which can be used to navigate through the TV menu. Along with streaming apps, Android TV supports a range of games too. It has Bluetooth that can be used to link an external gaming controller. There are quite a few set-top boxes in the market which work on replicating these features. Though manufacturers do not directly support them, you cannot expect the same level of responsiveness as on Android TV.

It would be sensible first to compare the features and specifications that are on offer from both of these services. Let us take a look at what Chromecast brings to the table. Apart from the casting media files, it also supports live meetings. In times of a global pandemic, people worldwide used it to join Zoom meetings from their TV lounges. It can also cast office files for presentation purposes. Chromecast also supports mirroring options and may be used to interlink Apple TV and Google TV.

Modern Chromecast devices come with Ethernet adapters that significantly increase televisions’ bandwidth and connection speed. They are also employed to broadcast various media files, including backgrounds, music, and photos. It has guest modes that let you use any shared device with a brand-new account and separate security pins. One of the most loved features of Chromecast is how it allows casting audio and video separately. This allows the user to watch movies and shows on TV screens while still listening to the audio through regular headphones connected to your mobile.

Now, it is time to marvel at the specifications of the Android TV. The voice commands and comprehensive Google Assistant support are the hallmark features of any Android TV. Moreover, having a built-in Chromecast, they can still perform almost everything we described earlier. Android TV lets you convert your smartphone into an RF remote with enhanced controls and navigation tools.

All smart TVs have an internal memory extension to store high-resolution movies, shows, and chunky applications. Furthermore, the wireless gamepad compatibility enables you to convert any television set into a gaming console. Unlike Chromecast, Android TV falls nothing short of an extensive media center that caters to a regular household’s entertainment and infotainment needs.

Chromecast and Android TV differ the most regarding user experience and interface. Since Chromecast works as an external add-on, it does not have what we call a typical interface. When connected with one of your devices, it will only provide additional functionality with no changes to navigation and interface whatsoever. On the other hand, Android TV is an operating system with a characteristic user interface and is entirely intrinsic and pleasant.

To set up a Chromecast, you will either have to employ the Google Home application or use the Google Chrome browser on a desktop device. When two devices are connected through Chromecast, you use streaming sources like Netflix and YouTube to televise content from computers, laptops, mobiles, or tablets to your TV. There are quite a few other services that work perfectly fine with Chromecast. These include music platforms, news sites, storage applications, games, and productivity tools. Here is a list of the top 10 Chromecast apps for Windows PC.

Alternatively, an Android TV offers a world of its own. When you launch it for the first time, you are greeted with an exquisitely developed guide. After that, you can choose the Wi-Fi network, device preferences, and more. After that, it is just like setting up a new laptop or smartphone. You see a wide ribbon that displays a list of all currently installed applications on the homepage. It also includes a Google Play Store icon which directly takes you to a massive library of specially developed Android TV services.

The quality and performance of any product have to do with both software and hardware. Since Chromecast is a physical device, the build quality and design matter a lot. Chromecast comes in both rectangular and rounded shapes. The overall production quality seems rather nice. It has a flexible yet strong cord that enables installation next to the HDMI port.

On the other hand, its software performance does not lack either. All Chromecast models support high video resolutions with 60 frames per second. It generally delivers video streaming without any buffer or lag. Even if the internet connection is not that fast or the host device is outdated, increased bandwidth and low latency make up for it.

Android TV, contrary to Chromecast, is an entirely software-based product. It is an operating system and can only be gauged concerning its speed, interface, and latency. Besides, Android TV is not limited to a single manufacturer. Hence, the actual performance you get as an end-user may vary slightly because of the hardware limitations. Please note that a smart television’s functionality can vary greatly depending on which Android TV version is installed.

Pricing is crucial for someone looking to buy either Chromecast or Android TV. Currently, a third-generation Chromecast is priced at $35, whereas Chromecast Ultra comes in at $70. The good thing is that once you purchase one of these, there is no recurring subscription fee or anything else of that sort. Learn more about the differences between Chromecast and Chromecast Ultra.

When it comes to quantifying the price for Android TV, things are not that simple. Since Android TV is not retailed separately and is offered by various television manufacturers, the pricing differs more than you might think. Their price depends on screen size, screen resolution, brand, Android TV version, display technology, and model.

Both Chromecast and Android TV essentially turn your television into a smart device. Still, they work differently and have entirely distinct forms. Chromecast is a streaming add-on that allows you to stream content from one device to another. Android TV is an operating system developed for televisions and digital media players. Hopefully, this article helped you in understanding the differences between these two. Are you interested in more? Read a comprehensive comparison between Chromecast and Fire TV Stick.

5 unconventional ways to save storage space on Chromebook

Looking for a budget Chromebook? Grab this hidden gem for $136

Chromecast vs. Fire TV Stick: which one is...