How to install and configure Linux Apps on Chrome OS

One of the best things that have ever happened to Chrome OS is the ability to install Linux on it. Not only does this expand the user-base of the OS, but the user also gets access to the world of free and open-source Linux apps that are powerful and feature-rich. Without much further ado, let’s show you how to install Linux apps and configure it to install your first Linux App.

Step 1) Head over to the Settings from the System Tray menu. 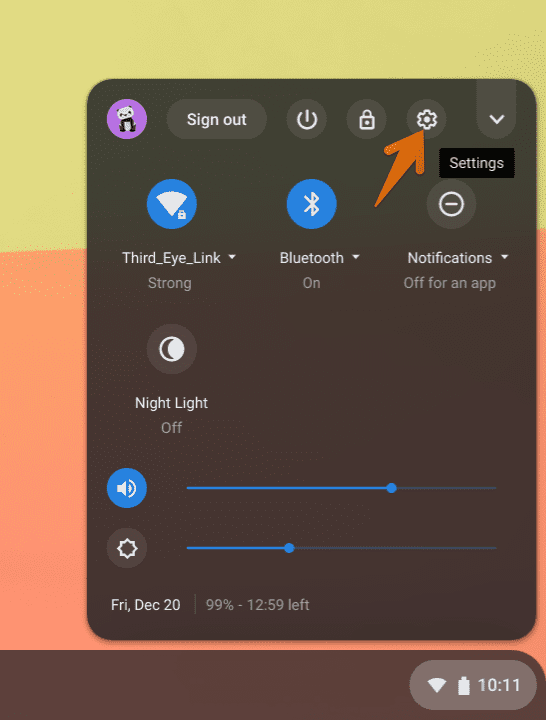 Step 2) Click “Linux (Beta)” on the left pane of the “Settings” menu and then click “Turn on.” 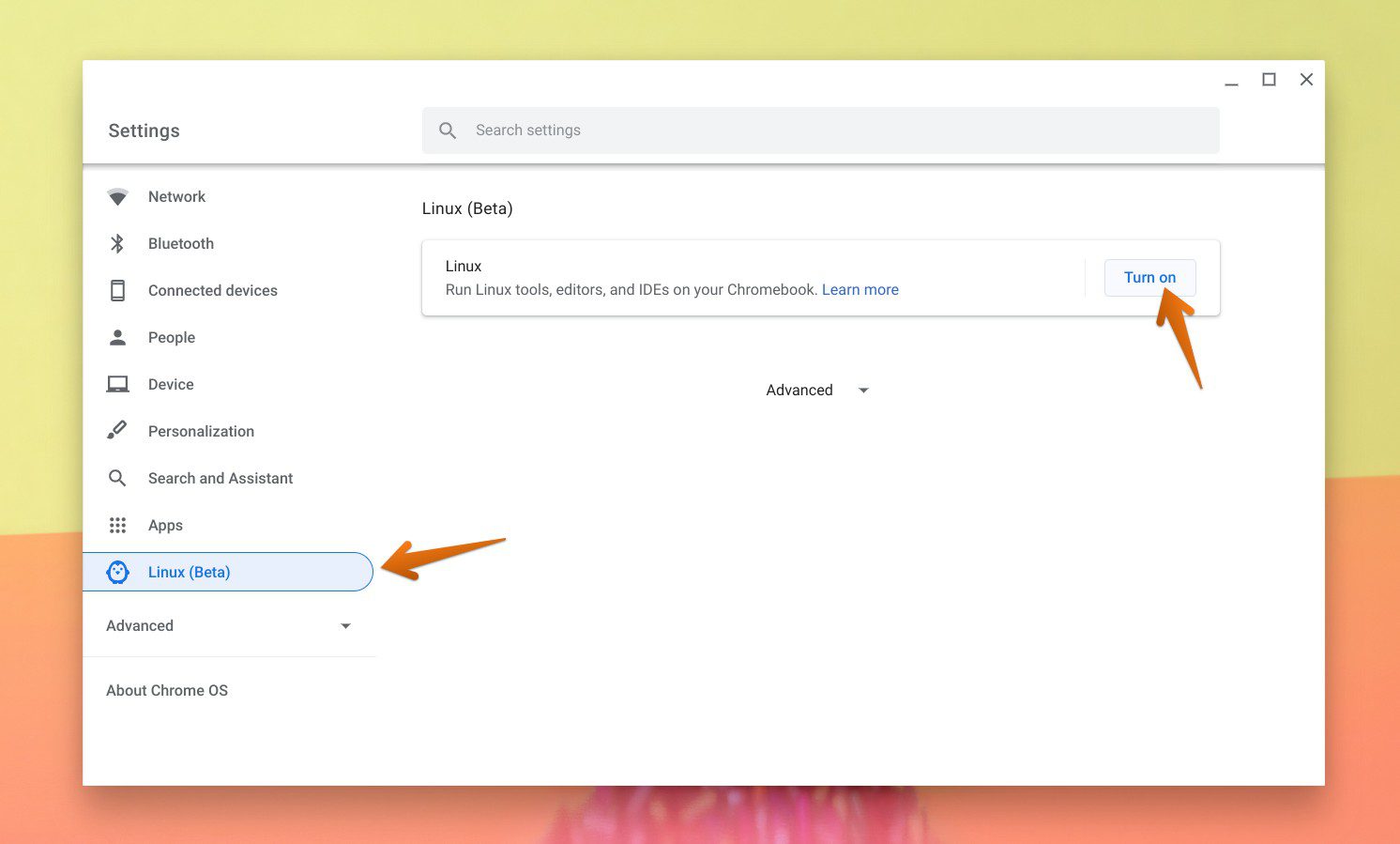 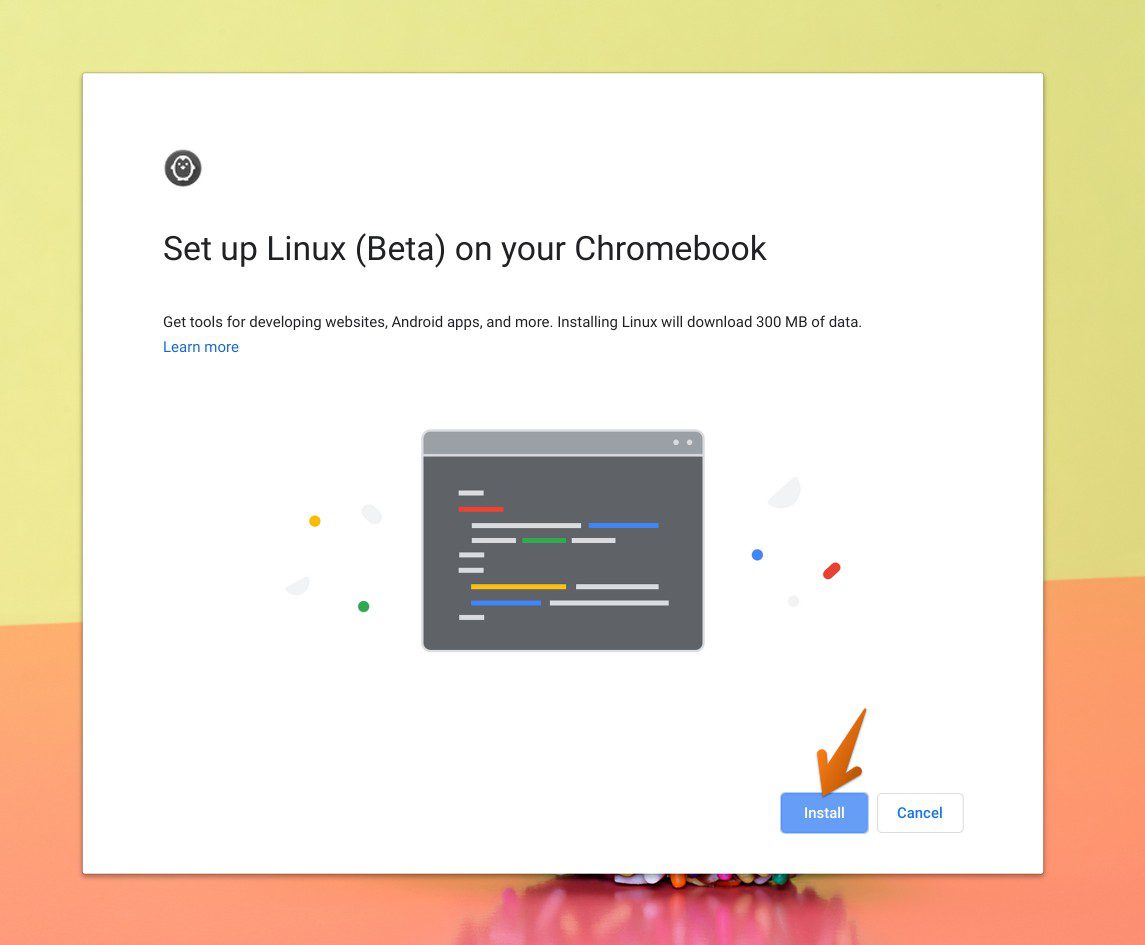 Step 4) Wait for the installation process to finish. 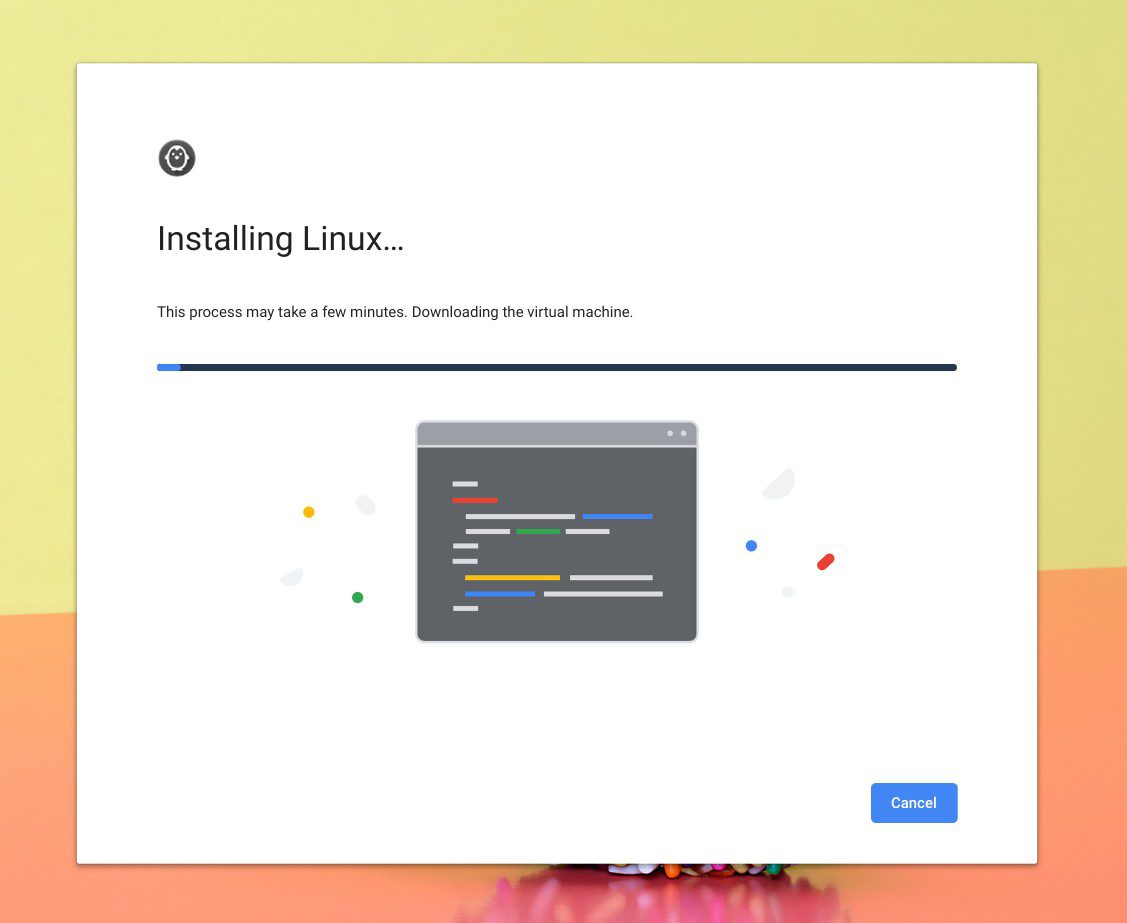 Step 6) After the installation is complete, a Terminal window should open automatically.

Step 7) Click on the “Launcher icon” and then on “App launcher.”

Step 6) You should see the “Linux Apps” folder where all the Linux apps you shall install in the future will be grouped. 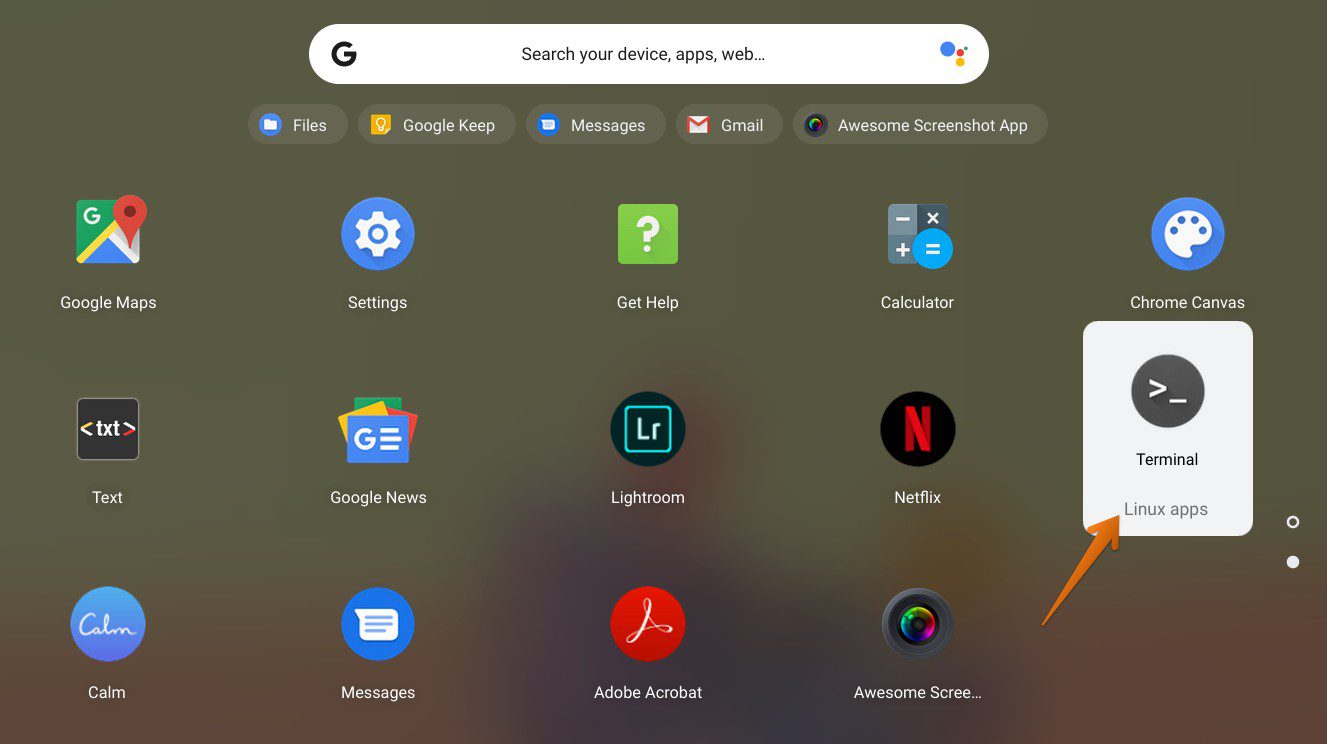 Congratulations, you have completed the setup of Linux on your Chromebook. Let’s go ahead and get you started to install your first Linux App!

Setting up and Installing Linux Apps

Installing apps on Linux is done using command-lines on the Terminal. Although it might sound scary, it’s simple enough to install the apps, at least. Learning it is entirely worth it. For the sake of illustrations, let’s install one of the most used Linux apps for image and graphic editing – GIMP. 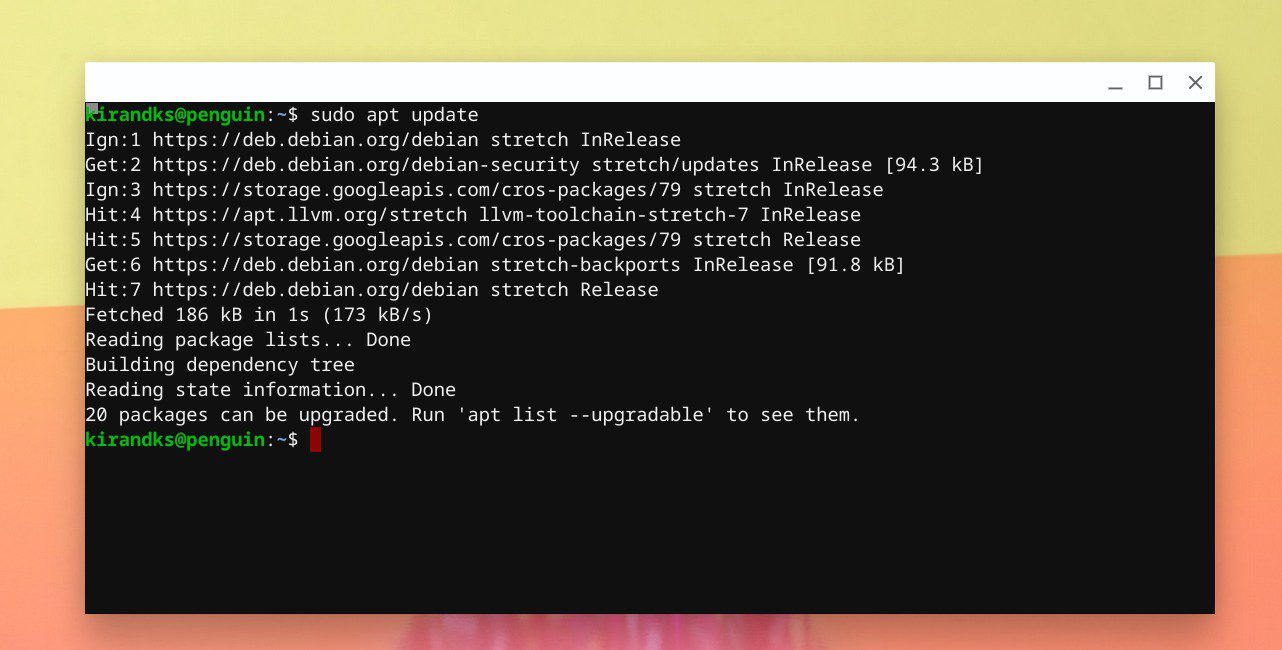 Step 3) Upgrade your Linux system by entering the following command:

Pay attention to the progress in the Terminal and make sure to enter ‘y’ when prompted. 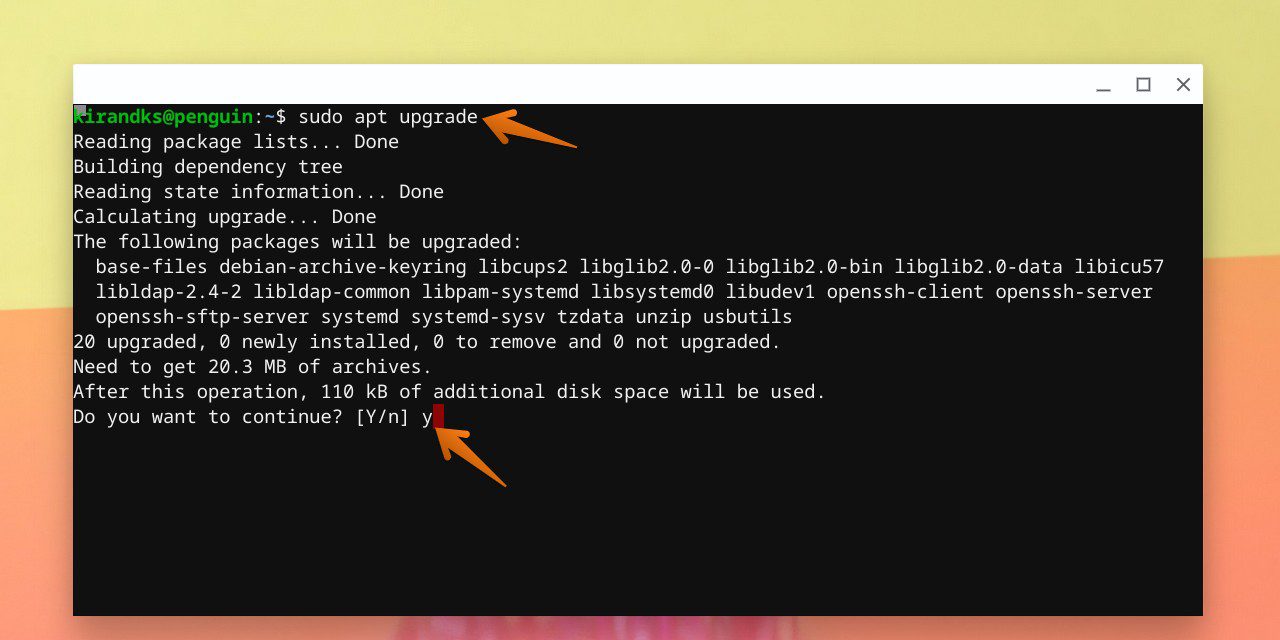 Step 4) Chrome OS is nothing but Chromium OS + Google’s proprietary apps. Chromium OS is an open-source OS built on the Debian system. In Debian and Ubuntu Linux, we use sudo apt command to install apps. So, enter the following command to download and install GIMP. You must enter ‘y’ when prompted.

Congratulations! You have just installed your first Linux app on your Chromebook. 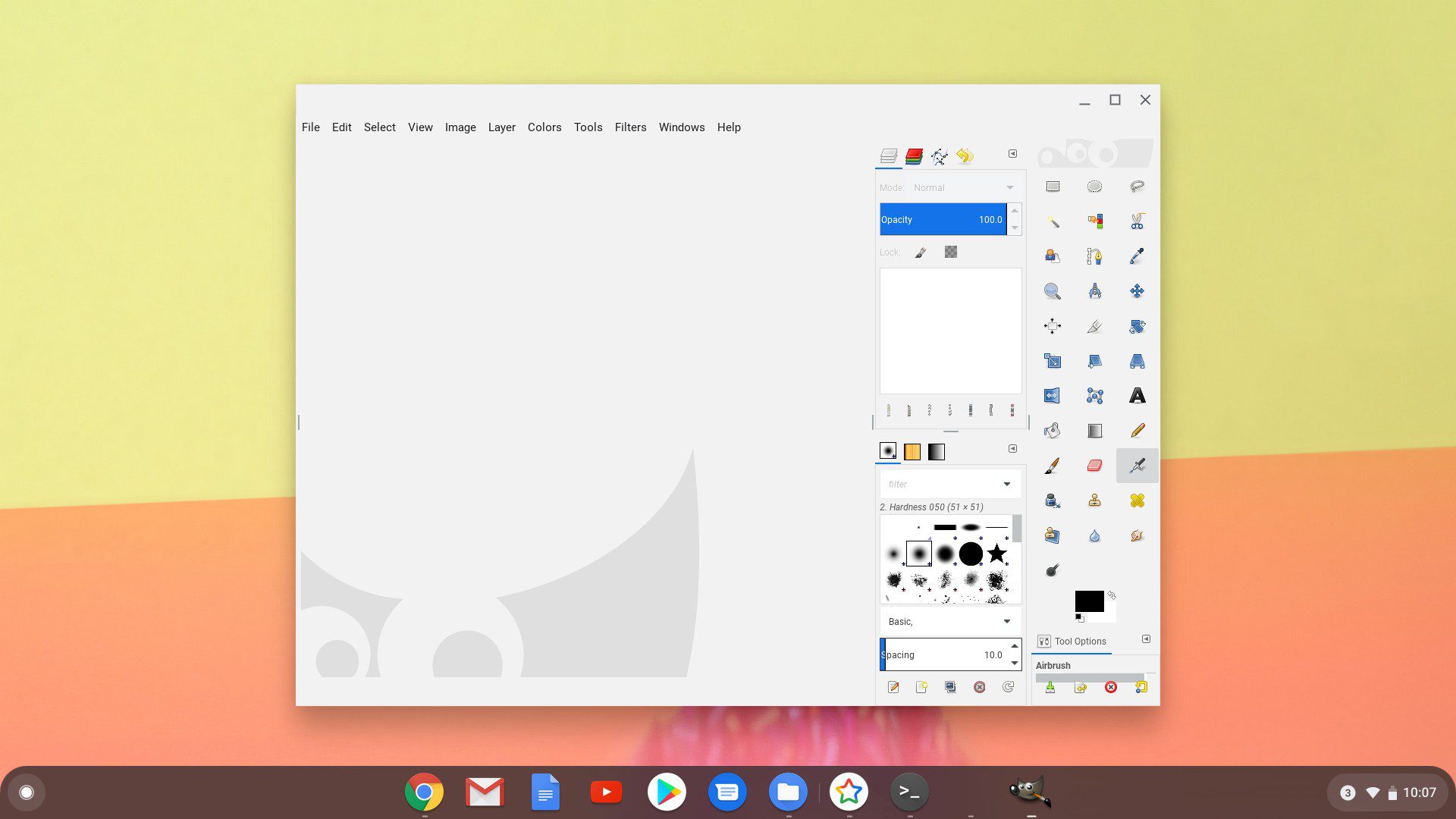 Hello! I'm Kiran Kumar, editor-in-chief of ChromeReady. I started using a Chromebook in 2018 when I got my first Pixelbook, and there has been no turning back ever since as the go laptop. I like how fast it loads and the excellent battery life I get from it. I'm a Linux lover, too, so I tinker with Linux installed in my Chromebook. I hope you enjoy reading our articles and hope they helped you somehow. Have a great day ahead!

How to enable Natural Scrolling on Chrome OS

I loved Google all my life but was ready to throw away this brand new Chromebook because I couldn’t install Gimp (which is my primary editing program) Thanks so much for this article, super easy and it worked!

Thank you for this high quality instructional article. You have “sudo apt update” twice, otherwise the directions went just as expected – a rarity these days.

hi, what if my chromebook is from 2018 and doesn’t have linux on it.
Am I just screwed?

If you have an older chromebook you may need to install the old version of this environment call crouton https://github.com/dnschneid/crouton#prerequisites

yeah Mr. Watson, same here, when i first learned, i became obsessed with the terminal/command Line. It’s quite amazing, all the differenontentt one-liners to execute. It’s fun just to try stuff out. I have a new chromebook because of this feature alone. And i have a Alienware, & Asus republic of gamers laptop. so i take those with everywhere, that way it’s like a portable lap, setup in a hotel or where ever. I am a full time Bug Bounty Hunter. So having my mini lap, keeps me motivated, even when i’m on the go. Glad you enjoying it. come see me on Twitch.com/bugr33d0.
also see my buddy twitch.com/garr7 has great content (web application Security) which is my favorite.
I’m Ryan

Thanks for the support. My layout was a little different. Instead of Linux beta – it was listed under developers.

Bril! Clear and straightforward. Makes it all look so easy!
I can only get better with Linux here on.
Thank you very much.

This method no longer works for whatever reason, would you review it, please??

Works for me perfectly. Just installed Linux to my CB.

Works for me perfectly. Just installed Linux to my CB with these instructions. Thank you for the publisher.

I have new Chromebook HP with nothing really on it and it already says I need more storage to run Linux.. How do I get around this?

my layout is different too and not only is linux under the developers tab, but i dont have the linux files folder either…….grrrrrr