If you ever desired to own a Google Pixel Slate, it can’t get better than the deal Google has started running on their store. The M3 processor Pixel Slate model costs $449, which is $350 off from the original MSRP. It doesn’t end there. Google is adding Pixel Slate Keyboard ($199 value) or Brydge G-Type Keyboard ($159.99 value), and a Pixelbook Pen ($99 value) on top of it for free!

For most of the users, the M3 processor should be enough to get the work done. If you are using Linux apps, you may want to step up to the better processor versions, namely i5 and i7. The Intel Core i5 and i7 models are discounted as well, and it can be yours for $649 and $1249, respectively. 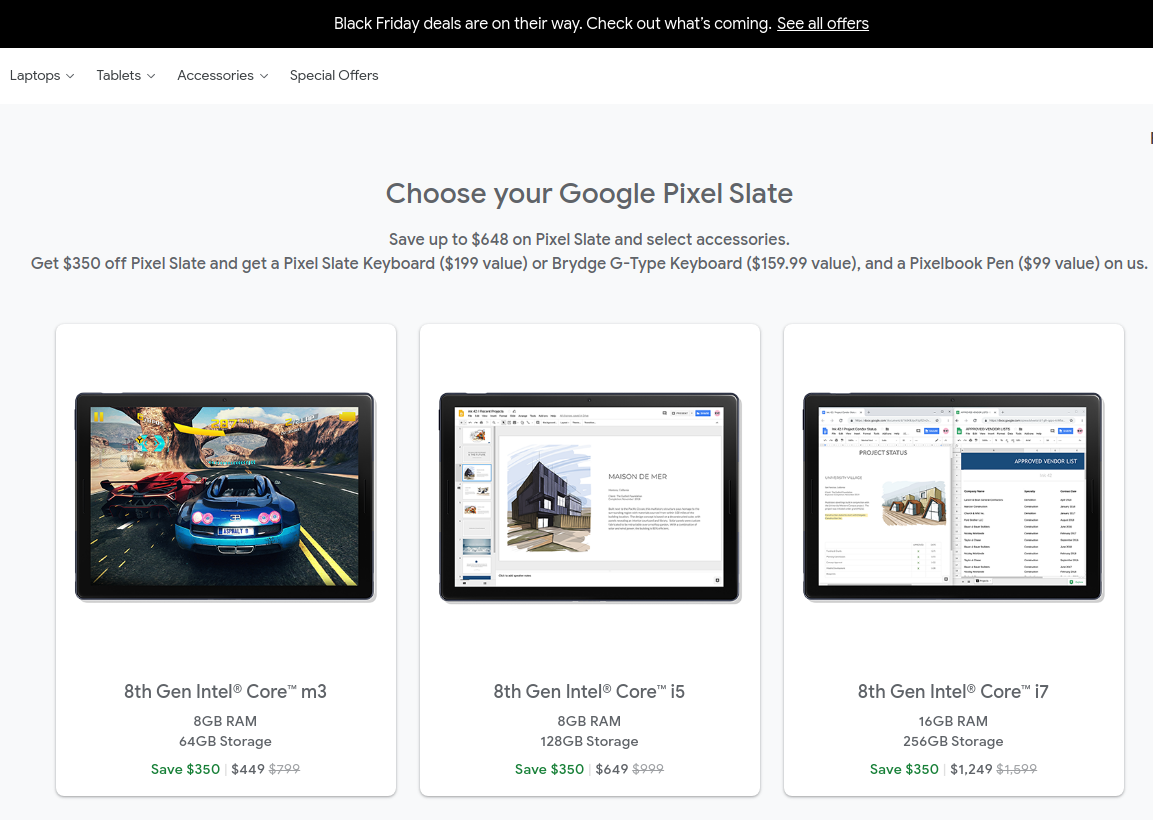 For those new to Google Pixel Slate, it is a 12.3-inch tablet running Chrome OS and was released on October 9, 2018.  Unfortunately, it was not well received by the people as it was plagued with several major performance flaws, most of those were software-based, which Google resolved over time. The main issue was sluggish performance and super slow touch feedback. In June 2019, Google announced it would not further develop the product line, and canceled two models that were under development. We wouldn’t say the slate is a bad device, but we would rather blame the Google team for releasing it in a half-baked state at that time. People and the media had big expectations, and everything went in the drain due to the way the entire episode was handled. Chrome OS is now a better operating system, and so Pixel Slate has better software to showcase its skills.

Hence, if you ever wanted a Chrome Tablet, make sure to check out the Pixel Slate hands-on in your local BestBuy stores where the same deal is available now too. 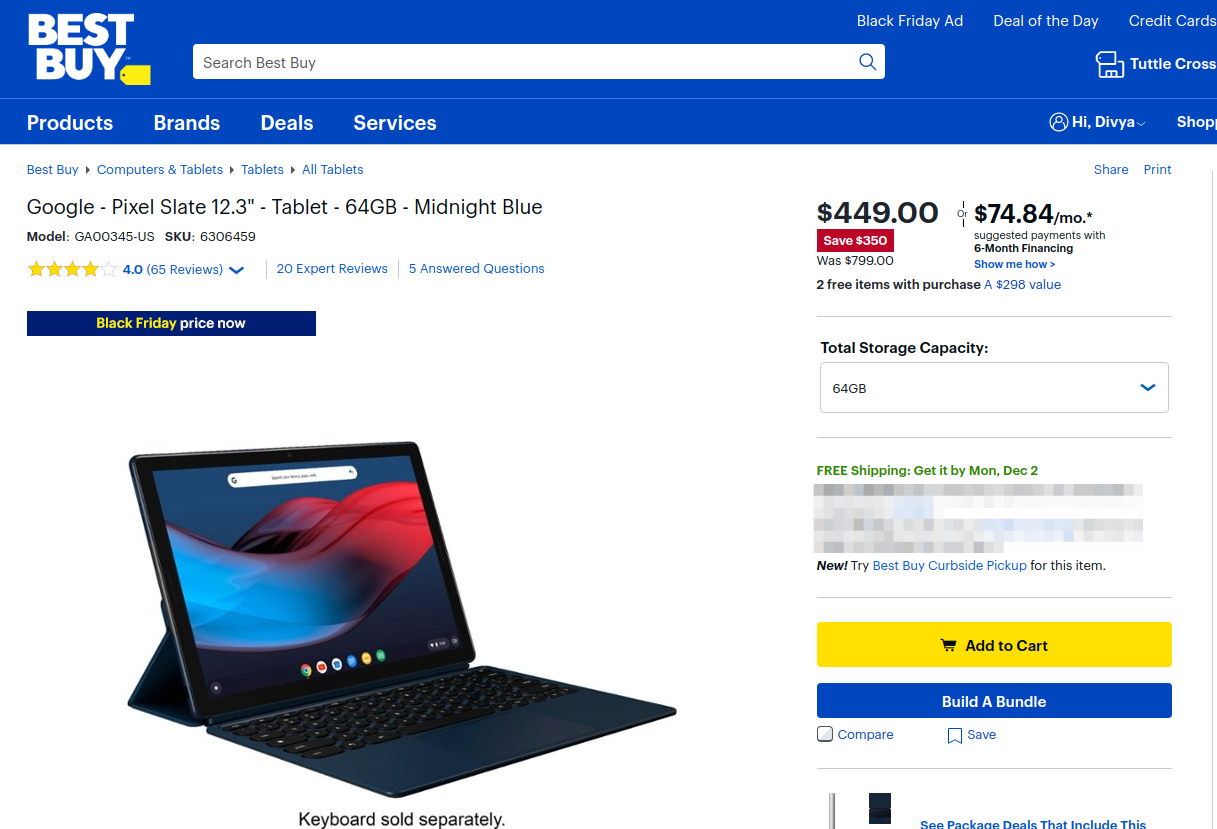 If you are worried about the Pixel Slate’s end-of-life (EOL), Google had you covered there too. Recently, Google extended the EOL for most of the popular Chromebooks, and the good news is it includes Pixel Slate also. Pixel Slate will continue to get the security and software updates from Google until 2026, which is the same as that of the latest Pixelbook Go’s EOL.

We hope you liked this Black Friday Chromebook deal. Stay tuned with us to know about upcoming deals.

Hello! I'm Kiran Kumar, the founder, and editor-in-chief of ChromeReady. I started using Chromebook from 2018 when I got my first Pixelbook, and there is no turning back ever since as the go laptop. I like how fast it loads and the ample amount of battery-life I get from it. I'm a Linux lover, too, so I tinker with Linux installed in my Chromebook. I hope you enjoyed reading the article, and I also hope it helped you in some way. Have a great day ahead!

Is Samsung Galaxy Chromebook for you? Know its...

Top 5 Chromebook for Kids you can buy...

Is Asus Chromebook Flip right for you? Know...

Acer Chromebook 15 right for you? Know its...

What is a Chromebook, how does it differ...