CloudReady is developed by Neverware, whereas Google itself designed Chrome OS. Moreover, Chrome OS can only be found on official Chrome devices, known as Chromebooks, while CloudReady can be installed on any existing Windows or Mac hardware. 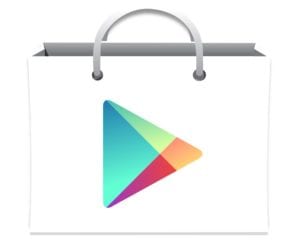 As CloudReady is installed on an external system, there are several technical or legal complications due to which you cannot use Google Play Store or Android applications. Moreover, the American technology company that developed CloudReady, Neverware, has no plans of adding this functionality in the foreseeable future.

Even though Chrome OS is an open-source platform, some part of its built-in functionality is not available to be used by external companies. This includes some key components that allow Android and Google Play Store applications to run on Chrome OS. Due to this, the functionality of any device with CloudReady installed on it is somewhat limited. According to a statement issued last year, Neverware is currently focused on providing additional features on the CloudReady platform and does not wish to pursue support for these applications unless those mentioned above legal and technical restrictions change.

On the other hand, you can download and install all Android apps on your Chromebook available on Google Play Store. When Chromebooks were launched, this functionality was not available. However, with regular updates and added features, Google launched the support of all Android applications. It is important to note here that if you are using your Chromebook at work or school, then you are more likely unable to add these apps on your device.

To get these applications, you will have to make sure that your Chrome OS version is up-to-date. If you are running a Chrome OS version that was launched before the support for these apps was announced, it will not be possible for you to take advantage of this Google Play Store compatibility. However, even if you are running the latest version of Chrome OS, some apps might not work on your laptop because of specific hardware constraints. 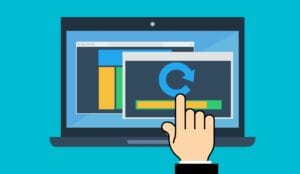 Neverware is an independent company and has taken full advantage of Chrome OS being open-source. However, whenever Google launches a  new update on the Chrome OS, it takes some time for developers at Neverware to replicate those modifications on its platform. This means that CloudReady updates are not incorporated at the same time as those on Chrome OS. The time taken by the Neverware developers needs to validate the stability and security of each new update on Chrome OS.

Neverware only ships completely stable CloudReady updates on odd-numbered releases of Chrome OS. There are six weeks between each significant update on Chrome OS. CloudReady only stabilizes the odd-numbered release; it can take up to 12 weeks before a stabilized and secured update is released on CloudReady. In between these major releases, Neverware also launches several unstable builds on beta dev release channels.

Chrome OS is known to have automatic updates with no frustrating delays or annoying notifications. Chromebooks do not let you know about these updates and automatically installs the new version on your device. Also, you do not have to reboot your system every time an update is launched. You can also manually force a Chromebook to check for updates. As discussed earlier, updates on Chrome OS will be more frequent than on CloudReady.

Furthermore, since CloudReady has to go through a buffer period, Chrome OS leads its counterpart by two to three weeks. Chrome OS provides three different channels through which you can get access to the updates. These channels include the Stable channel, the Beta channel, and the Dev channel. As an end-consumer, the most commonly used channel is the Stable channel. However, if you want to get early access to new features, you can also opt for the other two channels. As evident by their names, updates on the other two channels are not as firm and secure as on the Stable channel. 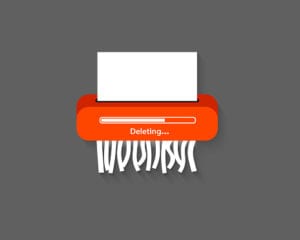 To preserve Neverware customization, power washing is disabled on CloudReady. If you want to remove all the data on your computer, you will have to reinstall the operating system. This means that even if you are disposing of your machine and do not intend to use it again, you will still have to install the operating system for one last time. If you have installed CloudReady with a USB installer and want to wipe any data on your drive completely, you cannot do so through the Windows format option.

All CloudReady partitions are not Windows recognizable. Therefore, you cannot remove your CloudReady data using any Windows functionality. If you try to format, Windows will only remove those partitions that are successfully identified by the host operating system. Doing this will only delete some files on your USB drive, whereas the rest of the data will not be wiped off.

On the other hand, you can effortlessly powerwash your Chromebook. This essentially works like a factory reset. A power wash will erase all the information on your device’s hard drive, including every file stored in the Downloads folder. However, if you are using your Chromebook through a third-party setup and do not have the administrator right, you will not be able to execute this step. Also, performing a power wash will not delete any files stored on your Google Drive. The drive is a cloud-based storage and is in no way affected by anything implemented locally on your Chromebook. Therefore, if you want to back up valuable files before power washing your laptop, you can do so on Google Drive.

With a forced re-enrollment policy in place, every wiped Chrome OS device must be re-enrolled before anyone can use them again. This ensures that all devices owned by any Chrome OS user are managed adequately. 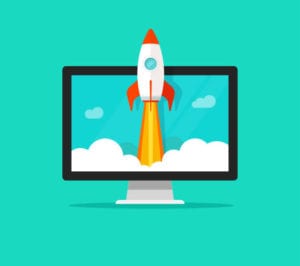 Verified Boot is not supported on CloudReady. This is a chain of trust used by official Chromebooks. It can be used to confirm that the hardware, firmware, and operating system installed on a particular device are trusted and reliable. The whole point of Neverware developing CloudReady was to make Chrome OS available for other platforms. Since CloudReady can be installed on any hardware, a fixed relationship between hardware and software is impossible.

However, CloudReady does support some security features included in the Verified Boot. These features include the root file system verification, per-user encryption, process sandboxing, and bootloader verification on systems that have Secure Boot. Because of its inherent design and limited hardware uniformity, CloudReady cannot incorporate these features as quickly as Chrome OS. Neverware proposes executing your security mechanisms like a BIOS-level password. This can help you fill the void to a certain extent.

Oppositely, Chrome OS offers a much more reduced malware risk. Verified Boot in Chrome OS is an efficient way to ensure the security of your Chromebook. This is considered as a self-check, performed every time you reboot your Chromebook. When your device detects that the system has been compromised, it repairs itself by reverting to a previous version. With this, even if malware somehow escapes the sandbox, your Chromebook stays fully protected. Verified Boot implements an additional layer of security on your system. This layer ensures that your data is always stored under a highly protective shield of a well-designed system. 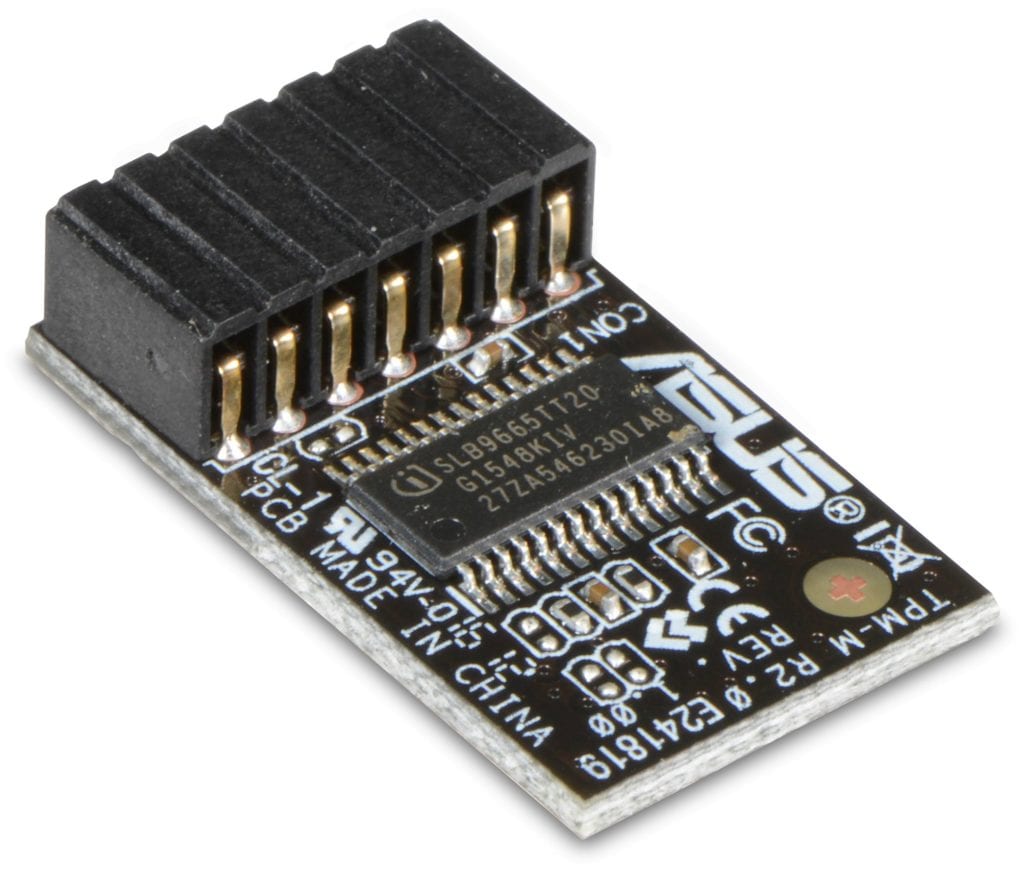 TPM is short for Trusted Platform Module. This is a standard hardware component used in most personal computers to store and process cryptographic data. This is a non-essential feature, and all certified models are not built with TPM hardware. To enable your CloudReady operating system to use these modules, you have to configure them in BIOS. This cannot be done with each TPM, and thus those modules are not supported by CloudReady.

Neverware has developed CloudReady to function perfectly well with or without TPM. However, if you want to use hardware-backed certificates, you need to have one such module at your disposal. These certificates bind to unique user pairing, ensuring that a certificate cannot be moved to an unauthorized device.

In normal mode, Chrome OS establishes a TPM owner with a random password. This password is generated only after the owner of that particular Chromebook starts using it. On Chromebooks, TPM acts as an extremely secure chip that allows other parts of your device to prove that the data is stored can be trusted by the user.

Chrome OS and CloudReady have the same open-source code as a foundation. This allows them to share a certain level of functionality, such as fast browsing, G suite integration, and seamless updates. However, while Chrome OS is built for specific devices, CloudReady can offer its services on any hardware. Other than that, there are considerable differences in user experience, management, and security that allow these operating systems to differ in overall performance.