The 6 best Linux distros for Chromebooks

Just in case you decide to get Linux on a Chromebook, here are our top picks

Chromebooks are loaded to the brim with functionality. The operating system that these slick machines run have come a long way from where they first started. Today, ChromeOS is capable enough to host WordPress, Kali Linux, Windows apps, and even other operating systems such as Windows 10.

The cherry on top comes in the form of Linux for Chromebooks. Although there’s a built-in Linux container that you can enable and start using the best Linux apps with, you can also manually set up and configure Linux on these speed-centric machines.

That is to say, if you’re out and about looking for the best Linux distros in the business, look no further than what we’ve curated for you ahead. Keep on reading to discover what options you have in this regard and what makes them worth the hassle.

6 of the best Linux distros for Chromebooks

The following is our round-up of the six best Linux distros available for ChromeOS. Feel free to read until the very end for the best results. 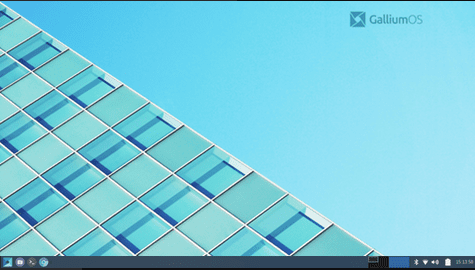 The first option to get started is GalliumOS, the Linux distro of choice if you’re after best-in-class speed, lightweight, and unrivaled versatility on your Chromebook. Of course, the operating system at hand is the preferable pick for people across the spectrum. Some even refer to it as the definitive ChromeOS replacement, and rightfully so.

One of the main reasons GalliumOS gets chosen as the preferred Linux distro is how it’s specifically optimized for these neat sets of devices. All other options do not compare to the speed and reliability that this one has to offer daily.

The software has been derived from Xubuntu, which itself is Ubuntu-based. Having such strong roots, therefore, you’ll enjoy a diversity of different tools and applications on GalliumOS using nothing but your Chromebook. The operating system even features dedicated driver support for Chromebooks, which is nothing but the cherry on top.

For someone new to installing different Linux distros on ChromeOS, GalliumOS should be the recommended software that people might want to get started with. When they’re comfortable with the overall look and feel of the core Linux experience, it would be fitting to move toward more advanced distros of Linux, such as Arch Linux. One of the best Linux distros that users can download and run on their Chromebooks without breaking a sweat is Solus, offering unrivaled ease of use and many features to hook power users to the platform. Solus’s ease of use makes it stand out despite sporting many interface features resembling Windows 10.

What we love about Solus is how it allows users to download and install Linux applications without going through any command-line working. A software hub within the distro acts like a storefront and lets you quickly grab tools, programs, and tip-top apps.

Moreover, Solus itself comes with a range of in-built applications too, so there’s an added plus you’ll admire for the time ahead. Finally, pack a Chromebook with at least 10 GB of free storage space before attempting to run this distro. Otherwise, you might end up unable to install Solus at all. 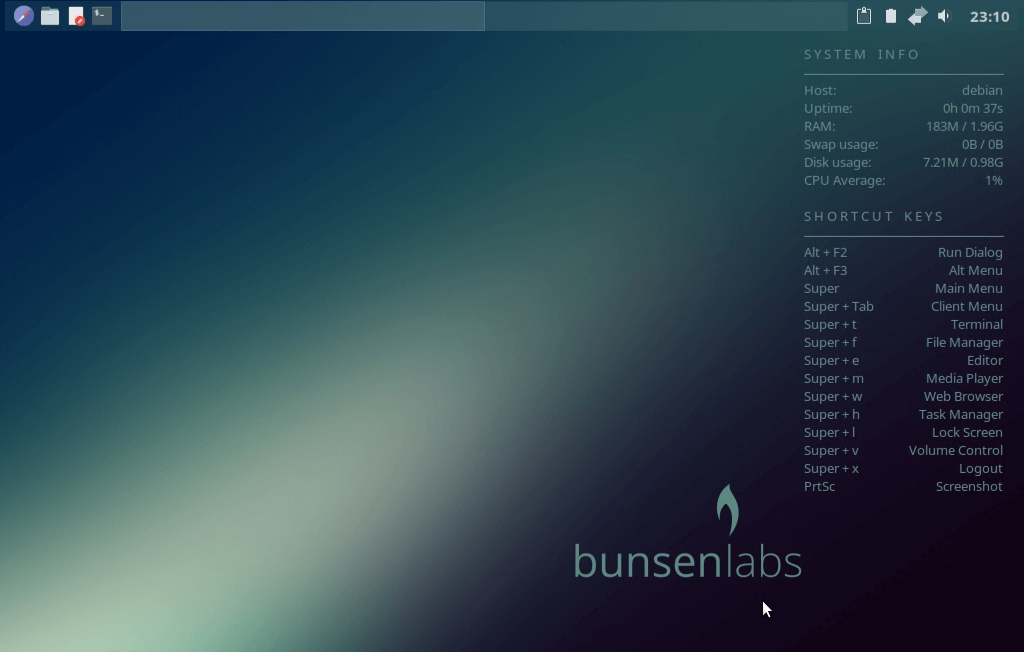 Often coined as a “hobby Linux distro,” BunsenLabs Linux offers multi-faceted customization and a lightweight user interface for tinkerers and casual users to enjoy. The latest stable release for the distro is called BunsenLabs Lithium. It packs a range of different functionalities, such as multiple configurations for operating system maintenance.

Moreover, the developers claim that as far as the potential of customization is concerned, there is just no cap on the depth of modification that BunsenLabs Linux sports for itself. So feel free to switch up graphical elements on your own and make changes to the appearance of the overall operating system.

Furthermore, BunsenLabs Linux takes pride in its arrival with a bevy of multimedia and hardware packages, so users can get the ball rolling with the distro right out the gate. There is no need to wait and find additional packages to install since the one you’ll need will sit right within this implicit operating system.

It’s recommended to sign up for the community forums curated by the developers to stay up-to-speed with everything latest regarding the development of BunsenLabs Linux. As iterated earlier, the newest iteration of the distro is Lithium, but more will follow over time. You’ll undoubtedly find tons of helpful information in the forums, so it is a must-do. 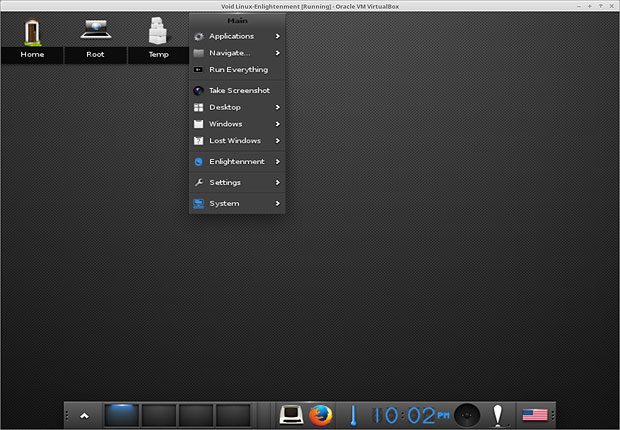 Having its roots defined by the “monolithic Linux kernel,” Void Linux is a preferable option if you’re looking for something independent to work with. That is to say, the visual working interface of Void can be crafted from top to bottom yourself, so there’s a ton of control that rests in your hands. Not many like-minded options out there can say the same thing.

What’s more, is that Void differs uniquely from most other Linux distros. For starters, the build and various operating system packages have been created from square one, so it isn’t a custom build of any other distro that’s already fully functioning. This is why you’ll find Void Linux different from most other options on the internet.

A bundle of thanks is owed to the developing heads behind Void Linux, who have managed to get the software high up in the ranks of the best Linux distros for Chromebooks even though Void isn’t too dated. The best part is that you’ll require only 1 GB of free storage on your device to get the distro up and running. This is, we presume, nothing but workable.

NayuOS is another deserving spot on the list that has managed to make rounds on the internet for how well-developed it truly is. Nexedi has created this ongoing project which you may or may not recognize as one of Europe’s most extensive open-source software publishers.

The fact that the developers wanted a more customizable experience than ChromeOS led to the development of this high-quality distro. The result is a top-tier alternative for Chromebooks that works just as intended and comes across as exceptionally developer-friendly.

In addition, there are several other nifty features of NayuOS that make it deserving of being one of the best Linux distros to use on Chromebooks. For starters, it enhances the potency of being configured for Chromebooks and even increases their overall usability. These features are certainly worth looking into, especially when you’re after an easy-going Linux distro. 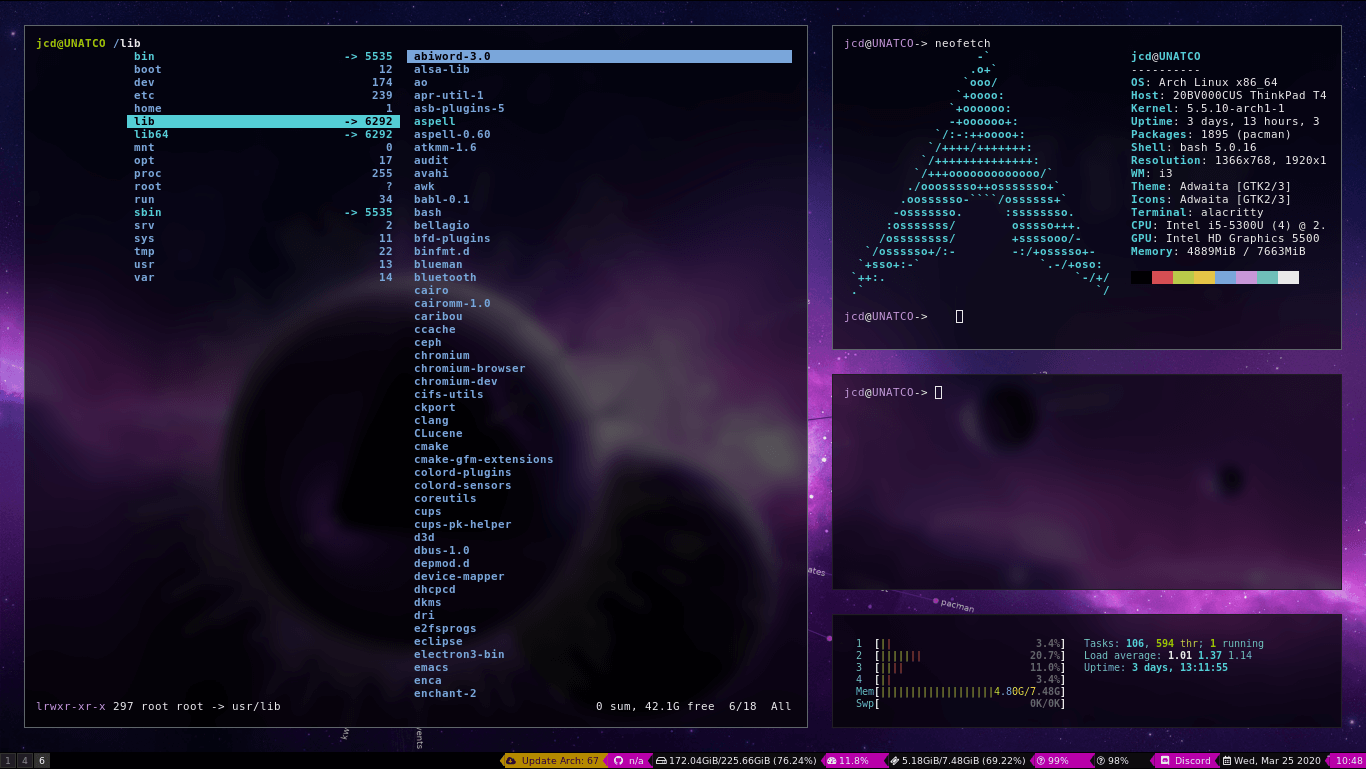 The final spot on the list is Arch Linux, and let us tell you why it’s just one of the most profound Linux distros in the business that you can grab for your Chromebook. To begin with, this software is rated relatively high across different Linux-centric communities. It brings many customization options to the table, making it well worth the hassle.

However, do note that Arch Linux isn’t exactly for those just starting with Linux and all its complexities. Instead, a more seasoned audience will grow to commend Arch Linux for the bevy of power-oriented functionalities the working interface of the distro comprises.

An easy installation mechanism with the help of GUI programs makes the set-up process similar to a walk in the park. Though things used to be different, we’re glad that the developers have tended to this part of the distro. However, Arch Linux is a “rolling release” software.

This means that you won’t have to bother yourself with updating Arch anytime soon. Every update will occur on the fly without you manually indulging yourself in the procedure. As for the command-line tool, the distro uses Pacman, which is much less challenging to deal with than some other options.

Chromebooks have a name in the industry for being highly flexible devices in terms of their convertible form factor and the operating system they sport. However, if you’re looking to ditch ChromeOS and want to try out other software, Linux is a worthy option to consider.

With that said, the presence of multiple different Linux distros means that you might end up going with the wrong one for your Chromebook. This guide aims to prevent just that, offering you six of the best options to consider if you want to experience Linux on a Chromebook.

Please let us know in the comments section below what Linux distro you ended up going with on your Chromebook. As always, Chrome Ready wishes you good luck!

How to play Tower of Fantasy on a Chromebook

This I read on Wiki: https://wiki.galliumos.org/Welcome_to_the_GalliumOS_Wiki
I now have GalliumOS installed on my Acer Chromebook 14 CB3-431.
Seems like I have to install another Linux system.
Any suggestions? Xubuntu maybe?
Thanx